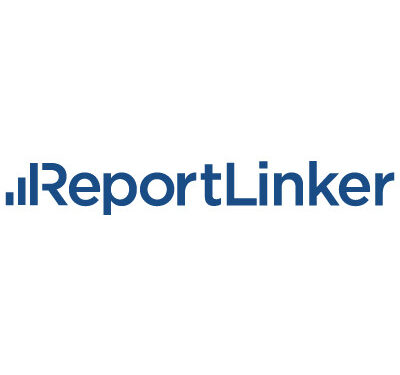 New York, Oct. 20, 2022 (GLOBE NEWSWIRE) — Reportlinker.com announces the release of the report “Electric VTOL (eVTOL) Aircraft Market – A Global and Regional Analysis: Focus on Design, Range, Use Case, Mode of Operation, Energy Source, Component, and Country – Analysis and Forecast, 2023-2032” – https://www.reportlinker.com/p06351419/?utm_source=GNW
5 million in 2032 from $27.5 million in 2023, at a growth rate of 38.2% during the forecast period 2023-2032. The growth in the global electric VTOL (eVTOL) aircraft market is expected to be driven by the increasing number of smart cities and growing need for sustainable transportation.

Over the past few years, trends in the number of smart cities and the need for sustainable transportation are growing drastically worldwide to optimize city functions and drive economic growth.In addition, several governments worldwide have signed the Paris Agreement to reduce the carbon footprint in their respective countries, which drives sustainable air transport.

However, traveling by road by the daily commuters in large cities is becoming very difficult due to increased traffic congestion, so the daily commuters are looking for efficient, sustainable, and safer modes of transportation to the workplace and other desired destinations.Moreover, several megacities have already reached their limit of expanding the road infrastructure due to the limited land space in their cities.

This provides the opportunity for the growth of urban air mobility using electric VTOL (eVTOL) aircraft in smart cities and megacities.

In addition, advancement in the eVTOL aircraft offers various designs and improves efficiency by increasing the operating range and enabling autonomous technology. In addition, the eVTOL platform offers various applications, such as air taxi, private air vehicle, cargo transportation, and air ambulance, which largely paved the way for various growth opportunities for the defense and commercial sectors.

The global electric VTOL (eVTOL) aircraft market is observing rising investment across all the platforms, which drives the investments across the ecosystem, such as ground infrastructure and battery technology.The major challenge in operating eVTOL aircraft is the lack of battery technology.

The batteries that are used currently are lithium-ion, lithium-sulfur, and lithium phosphate, which are insufficient to provide power for long-range.In addition, the energy density of the lithium battery is low for eVTOL aircraft.

Based on design, the global electric VTOL (eVTOL) aircraft market is expected to be dominated by the lift and cruise model during the forecast period.

The personal air vehicle segment is estimated to have the highest market penetration in 2023. This segment is anticipated to report $13.8 million in revenue in 2023 and is expected to grow at a CAGR of 34.8% during the forecast period.

North America is expected to account for the highest share of 54.74% in the electric VTOL (eVTOL) aircraft market by value in 2023, owing to a significant number of companies based in the region.

• In July 2022, Lilium N.V. collaborated with Diehl Aviation to design and develop Lilium Jet’s cabin, and it acts as an integrator and manufacturer for interior components.
• In June 2022, Eve Holding, Inc. signed a letter of intent with Kenya airway’s subsidiary, Fahari Aviation, to deliver 40 eVTOLs aircraft. As per the agreement, the companies jointly study through a working group to develop and scale up the UAM market and business model for people and cargo eVTOLs operations in Kenya. The project is expected to be delivered in 2026.
• In March 2022, Eve Holding, Inc. signed a strategic partnership with Acciona to develop a global and sustainable urban air mobility ecosystem. According to the partnership, Acciona would invest $30 million upon the consummation of Eve’s business combination with Zanite Acquisition Corp. and join the group of strategic investors that supports the development of Eve’s business plan.
• In January 2022, Wisk Aero secured $450 million from The Boeing Company to further advance the development of Wisk’s sixth generation eVTOL aircraft. It also supports the company as it enters an intensive growth phase to prepare for the launch of scale manufacturing.
• In September 2021, Urban Aeronautics secured an investment of $10 million from unidentified private investors from the U.S., Brazil, and Israel. The investment would be used for further development and testing of the CityHawk eVTOL.

Following are the challenges for the global electric VTOL (eVTOL) aircraft market:
• Lack of Ground Infrastructure
• Lack of Battery Technology

How can this report add value to an organization?

Platform/Innovation Strategy: The platform segment helps the reader understand the different types of electric VTOL (eVTOL) aircraft in the industry to conduct safe operations in megacities and smart cities globally. Moreover, the study provides the reader a detailed understanding of the different electric VTOL (eVTOL) aircraft by use case, energy source, range, mode of operation, and component.

For instance, in July 2022, Jaunt Air Mobility LLC signed a partnership with L&T Technology Services to assemble eVTOL aircraft in India.The company has its first assembly plant in North America and second assembly unit in India.

The assembled aircraft would then be certified by Canadian, U.S., and EU aviation regulators. The vehicles are planned to be launched by 2026. Furthermore, in June 2022, Eve Holding, Inc. signed a letter of intent with Kenya Airway’s subsidiary, Fahari Aviation, to deliver 40 eVTOLs aircraft. As per the agreement, the companies jointly study through a working group to develop and scale up the UAM market and business model for people and cargo eVTOLs operations in Kenya. The project is expected to deliver in 2026.

Additionally, comprehensive competitive strategies such as contracts, partnerships, agreements, acquisitions, and collaborations will aid the reader in understanding the untapped revenue pockets in the market.

The companies that are profiled have been selected based on inputs gathered from primary experts and analysis of the company’s coverage, product portfolio, and market penetration.