Elon Musk loses US$200 billion – the most money in history 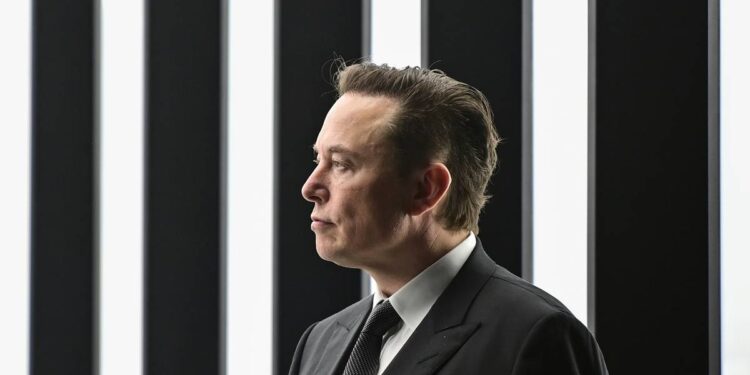 Elon Musk officially shed around $315 billion of his personal fortune in the last 14 months. Photo / AP

Elon Musk has just passed a milestone that nobody wants to be known for — losing the most amount of money ever.

The Tesla founder officially shed around US$200 billion ($315b) of his personal fortune in the last 14 months, according to the Bloomberg Billionaire’s Index.

That’s more than any other human being in the history of the world.

In November 2021, at the height of the stock market craze during the Covid pandemic, Musk was the richest person to have ever walked the earth, with a net worth of US$340b ($535b).

However, at time of writing, he’s had a significant fall from grace since that staggering figure.

Adding to Musk’s woes is the fate of his brainchild, Tesla, which is on the rocks as other electric vehicle companies catch up to the technology.

A large portion of Musk’s fortune rests with Tesla, which has had a horror year on the stock market.

In the past year, Tesla stocks plummeted 65 per cent.

In fact, the situation appears so dire that Tesla is offering US customers a rare US$7500 ($11,800) discount to pre-order two of its models before the end of the year.

At Tesla’s peak in October 2021, the EV company had a market capitalisation that surpassed US$1 trillion.

In December, Tesla’s market value plunged below the half-trillion-dollar mark for the first time since November 2020.

“Go back and read your old Securities Analysis 101 textbook,” he said to critics.

“As bank savings account interest rates, which are guaranteed, start to approach stock market returns, which are *not* guaranteed, people will increasingly move their money out of stocks into cash, thus causing stocks to drop.”

He still has a personal stake in Tesla worth an estimated US$27.8b.

Musk has been preoccupied with his Twitter takeover, which isn’t going so well either.

His personal fortune took a hit after taking a US$44b gamble on the social media platform in a hostile takeover.

So far, it appears that gamble hasn’t paid off as workers quit en masse, Twitter users have quit in droves and key advertisers have pulled out.

To top it off, this week Musk announced he would resign as Twitter’s chief executive as soon as he could find “someone foolish enough to take the job”.

In early December, Musk’s year took another turn for the worse and his ego endured a massive hit when he lost his title as the world’s richest person.

Musk slipped to the second position on the global rich list, according to the Bloomberg’s Billionaires’ Index.

Bernard Arnault, the chief executive of luxury group LVMH, which oversees brands like Louis Vuitton, Dior, Sephora and Tiffany & Co., briefly pushed Musk out of the top spot on December 8.

Then on December 14, Arnault managed to regain the top slot again, relegating Musk to position two among the world’s billionaires.

Expanding EV Market Could Be Catalyst for KARS