EV Charging Stations on Highways to be Powered by Solar 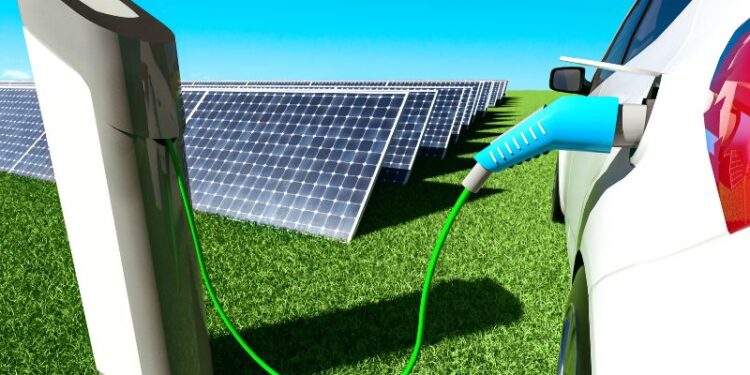 
The National Highways Authority of India (NHAI) has proposed to power electric vehicle (EV) charging stations along highways with solar energy wherever feasible, the Ministry of Road Transport and Highways (MoRTH) said.

Replying to observations made in a report by a standing committee tabled in Parliament recently, the ministry said that as per the extant policy, EV charging stations are to be provided by the highways developer as part of wayside amenities.

NHAI had awarded 88 such facilities so far and proposals for another 56 such sites are in the bidding stage. More sites for such wayside amenities would be put up for bidding as and when identified by NHAI.

Further, the ministry said that as per an agreement, NHAI will provide space/land near toll plazas and its buildings on a no-cost basis to install EV charging stations on a revenue-sharing model.

“This would not only assist in promoting clean/green energy and environmental protection but could also be a source of revenue for NHAI. As regards sourcing electricity for the same, NHAI aims at using solar energy for such charging stations, if feasible,” the Transport Ministry said.

The ministry was responding to the standing committee’s observation where it said that the government needed to do a lot more to speed up the transition of vehicle users to EVs.

It recommended more steps to create charging infrastructure along national highways and proposed suggested that the ministry consider exempting EVs from road tax and discounts at toll plazas.

The ministry told the committee that the Department of Heavy Industries had invited proposals from government organizations, public sector undertakings, distribution companies, and other public and private entities to build and operate EV charging infrastructure under the Faster Adoption and Manufacturing of Hybrid and Electric Vehicles (FAME) India program (Phase-II) for highways and expressways.

In March last year, the government informed the Parliament that 2,877 EV charging stations in 68 cities across 25 states and union territories had been approved under the FAME-II program.

Last May, Convergence Energy Services, a wholly-owned subsidiary of EESL, invited bids for 353 electric two and three-wheelers and 1,455 four-wheelers in eight cities under the build, own, and operate model.

B.S. Nagaraj is a Senior Editor at Mercom India. Nagaraj is an experienced journalist and has held senior roles in publications like The Indian Express and Deccan Herald, and Qatar Tribune. He has also worked for business advisory and risk management consulting firms in New Delhi.
More articles from B.S. Nagaraj.