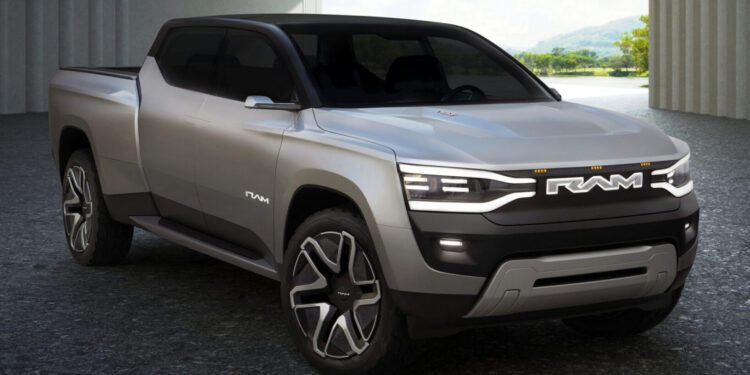 CES, the Consumer Electronic Show, has become a key event to announce automotive news, especially with a technology focus. CES 2023 was no different with several new vehicle reveals (EV of course), and technological advancements (with artificial intelligence showing up everywhere) of features that will be part of new cars in the coming years.

This is a look, alphabetically, at some of the top announcedments at CES 2023, held at the Las Vegas Convention Center, January 5-8. CES is a trade-only show, so if you want to be among the 100,000 who attend next year, make your plans here.

These are the debuts.

Dee stands for Digital Emotional Experience. BWM says, “we are showcasing what is possible when hardware and software merge.” This includes a driver-configureable full windshield head-up display (visible to everyone in the car), a digital welcome that includes vocal, lighting, and the driver’s avatar projected on the front side window. BMW said this technology will show up on its next generation of cars, based on the Neue Klasse platform due to arrive mid-decade.

Most impressive is the introduction of a full-color E-ink technology that can change the outer skin of the i Vision Dee to one of 32 different colors. With an almost infinite variety of patterns, the design can be changed and displayed in a matter of seconds.

The clean, smooth design of the i Vision Dee includes a “pared down design language” that includes a new, slimmer kidney-shape front grille and a minimalist interior. No performance or powertrain details have been provided, but look for this new look to show up in BMWs in a few years.

Lightyear is a Dutch startup EV company that designs and manufacturers solar-powered cars. They just began production on the Lightyear 0, a limited production proof-of-concept that costs about $265,000. The CES news was that a waitlist has been started for the Lightyear 2, a sedan touted to have a 500-mile range with a base price of $40,000. Production begins sometime in 2025.

Ram officially revealed its all-new all-electric pickup, the Ram 1500 Revolution. It is still considered a concept vehicle, but expect the finished version to be close to what they showed at CES. No performance or battery figures were announced, but to compete with Ford, Chevrolet, Hummer and Rivian (all of which have electric pickup trucks on the market or will soon, as well as the upcoming GMC and Tesla models), it will need to have an 800-volt system that can support up to 350 kilowatt (kW) DC fast charging. This would give the ability to add about 100 miles of range in about 10 minutes, or even go 10% to 80% charge in 20 minutes.

We do know it has all-wheel drive as an option, and a pass-through from the front trunk/frunk that can accommodate items up-to 18-feet long.

Key features of the Ram 1500 Revolution 1500 EV Concept include a third row of seats. The rear seats slide on a rail system for repositioning or even removal. With the seats out of the truck, the rails can act as tie-downs. There will be all-wheel steering, and artificial intelligence technology with augmented reality for the head-up display.

Sony and Honda announced the Afela prototype, a new electric sedan that looks like an evolution of previous prototype, and also a completely new automotive brand of Sony Honda Mobility, or SHM. SHM says “Afeela” represents “Feel,” which is at the center of the mobility experience.”

Vehicle details are limited, but we know the prototype has 45 cameras and sensors, with 800 TOPS of maximum computing power for the ECU. TOPS means trillions of operations per second, the primarily measure of the maximum achievable throughput. Suffice it to say the Affela is meant to have a very high level of autonomous driving and AI to “seamlessly integrate real and virtual worlds.”

Pre-orders will begin in the first half of 2025 and confirmed sales by the end of that year, with delivery of the North American-built model in the spring of 2026. No price or dealer structure was announced.

The ID7, when it comes to North America, will join the ID4 in the Volkswagen all-electric line-up. The ID7, slots into the spot of the Passat, a sleek looking four-door, five-passenger sedan or hatchback, or at least we can envision it being so as all Volkswagen revealed at CES was a heavily camouflaged prototype. With short overhangs and a long wheelbase, the interior should be spacious.

Performance and charging specifications were not revealed, but Volkswagen did say it will go approximately 400 miles on a full electric charge.

The ID7 is one of 10 new electric models that Volkswagen is planning to launch by 2026. Pricing and availability for the ID7 were not announced.

Volvo says the seven-seat 2024 EX90 EV is “a computer on wheels” and was debuted at CES “to highlight the tech collaborations that make the Volvo EX90 our smartest vehicle yet.” Known for safety, Volvo intends the EX90 EV to be the safest Volvo ever with at least 29 sensors, cameras and radar to respond to an emergency or unsafe driving situation.

Pre-orders for the United States have begun, with vehicle configuration taking place in the fall 2023. Pricing was announced as “well-equipped at under $80,000” with delivery in early 2024.

Make sure to opt-in to the Clean Fleet Report newsletter (top right of page) to be notified of updates on these CES 2023 vehicles, and for new stories and vehicle reviews.

Story by John Faulkner. Photos by the manufacturers.

BYD – The $134 Billion EV Behemoth That You've Never Heard Of