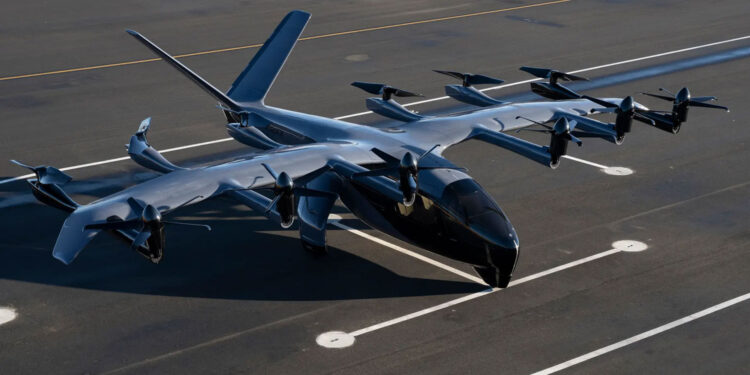 
The involvement of car manufacturers with Urban Air Mobility is not unprecedented. Automakers such as Honda, Toyota and Hyundai are among those that are already operating in this aviation segment, with an eye on the potential of quick air connections.

On Wednesday, however, Stellantis, the holding company that controls numerous brands such as Fiat, Peugeot, Citroën and Jeep, announced that it will expand its partnership with the startup Archer Aviation, which develops the eVTOL Midnight.

Under the new agreement, Stellantis will help Archer manufacture the electric aircraft from 2024. The Midnight will be produced at a plant in Convington, Georgia (USA), which will rely on the expertise of the automobile giant.

The goal is to produce 2,300 eVTOLs per year, the companies said. The Midnight has a range of 100 miles (161 km) and can carry four passengers plus the pilot. In the startup’s plans, the aircraft will fly within a radius of around 20 km, which allows recharging in just 10 minutes.

“We’ve been working closely with Archer for the past two years, and I am continually impressed by their ingenuity and unwavering commitment to deliver,” said Carlos Tavares, Stellantis CEO.

In addition to technical support, Stellantis will also provide $150 million between 2023 and 2024, released as Archer reaches certain predefined milestones.

Archer Aviation was founded in 2018 by Brett Adcock and Adam Goldstein and is headquartered in San Jose, California.

The Maker prototype was presented in June 2021 and made its maiden flight in December of the same year. In November 2022, the aircraft completed its first transition from vertical to horizontal flight.

The Midnight, in turn, is configured with 12 propellers, six of which are tilting. According to the company, the aircraft has six independent battery packs, which reinforces operational safety.

United Airlines is one of the companies betting on the project, having made a deposit of $10 million for 100 eVTOL aircraft in August 2022.