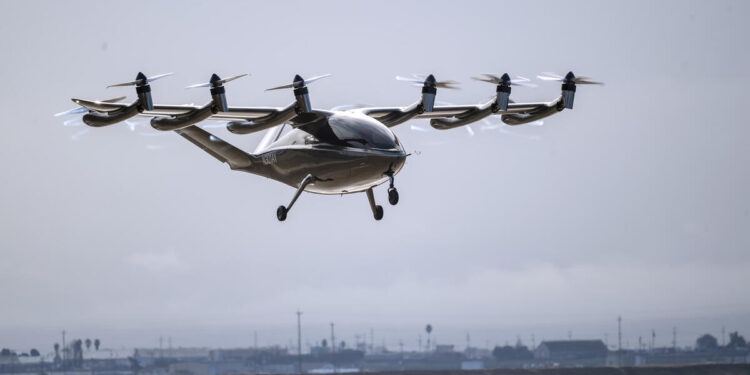 
At least publicly, developers of new eVTOL aircraft have sought to reassure investors that their plans to achieve type certification for the new aircraft remain on track in the wake of the FAA’s recent move to approve aircraft under a 21.17 (b) special class, instead of existing Part 23 rules.  However, executives participating in a panel during Honeywell’s Air Mobility Summit this week expressed concern that the U.S. agency still has to address associated operational and training aspects under a to-come special federal aviation regulation (SFAR), as well as international validation issues that may result from the decision to move away from the previously agreed Part 23 framework.

This shift, which was confirmed in May, has prompted some observers to raise fresh questions as to whether ambitious timelines to launch eVTOL air taxi services as early as 2024 or 2025 will be attainable. Several of the eVTOL manufacturers plan to run their own commercial operations while others will deliver vehicles to established operators, including several major airlines.

The FAA initially began advanced air mobility (AAM) certification projects under Part 23 rules, which generally apply to light aircraft, with the use of special conditions. In recent months, however, it informed type certification applicants of the decision to use 21.17 (b), which has applied to very light aircraft such as sailplanes and more recently unmanned aircraft systems (UAS). In March 2022, the U.S. Department of Transportation’s Inspector General announced a review of the FAA’s approach to certifying new aircraft.

Max Fenkell, policy and government affairs lead for Joby Aviation, told attendees at the Honeywell summit in Washington, D.C., on September 21 that his company had begun certification of its eVTOL vehicle in 2018 under the revised performance-based Part 23. The move to the powered-lift 21.17 (b) special class affects “three buckets,” he explained. From a certification standpoint, Fenkell said, “the technical [requirement] has not changed.”

When the agency made the shift from Part 23, the FAA indicated that the work towards certification already accomplished would remain valid. “And that was very true,” Fenkell said. “We received our new certification basis. It again says that we’re a 21.17 (b) powered-lift aircraft. Other than that, there are very minor changes, which are more administrative in nature, not necessarily technical.”

From a “pure certification” standpoint, he continued, Joby, which has conducted extensive test flights with its four-passenger aircraft, is now on a different path with certification rules instead of special conditions. But practically speaking, it is the same.

However, from the standpoint of operations and pilot licensing, Fenkell added, “I think this is probably where more of the change happened.” The move created a need for an SFAR encompassing commercial operations and training requirements for Part 91, 61, and 135. “The reason for this is under 135 today you have to be an airplane or a rotorcraft.”

The SFAR requires formal rulemaking, and the industry, which has been working with the agency, anticipates a notice of proposed rulemaking would be out this year. “Ultimately, the FAA has committed publicly to getting this out, not to slow companies down,” Fenkell said, noting that the goal would be to have a final SFAR implemented by the end of 2024 as the first of the AAM vehicles hit the market.

He conceded that this is an aggressive timeline, but noted the industry has been working with the FAA on these issues and he noted that Congress also has weighed in. “It is absolutely critical for us” to be able to have the vehicles available for commercial options, he added.

As far as international validation is concerned, Fenkell said “we’re all working through” that aspect. In Europe, EASA’s regulations are currently more aligned with Part 23 rules. But this is being approached more on a “one-to-one” conversation with the various manufacturers.

Mike Romanowski, head of government relations for Archer Aviation, echoed that his company has not seen a major technical shift either. “The work that we’ve been doing with the FAA is on track.”

He added that it comes down to execution, particularly on the operational side, “the accountability, the commitment that follows through to deliver on schedule.” Noting that like Joby, Archer is targeting 2024 certification, Romanowski also stressed the need for the SFAR to be in place so the four-passenger Midnight model can be transitioned into operations. Archer recently has started indicating that it sees commercial operations beginning in 2025, which suggests some anticipated slip in a schedule that had previously implied the first of its four-passenger aircraft would be in service before the end of 2024.