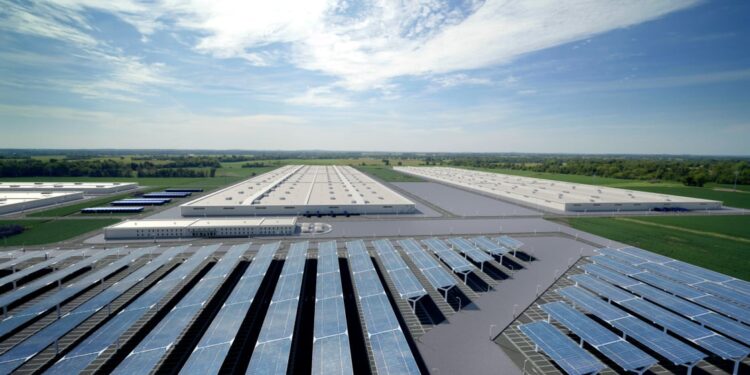 
With billions on the line, US states are jockeying to attract businesses that specialize in electric vehicles and batteries. Panasonic recently broke ground on a $4 billion battery plant in Kansas, while a joint venture between GM and LG Energy Solution is building lithium-ion battery cell manufacturing facilities in Ohio, Tennessee, and Michigan.

But it’s Kentucky that has declared itself “the electric vehicle battery production capital” of the US.

In his annual State of the State address(Opens in a new window), Gov. Andy Beshear, a Democrat, highlighted three major battery facility investments in 2022—a $9 billion investment that will create an estimated 7,400 jobs. “A big part of our economic story—and a big part of our future economy—is tied to our electric vehicle revolution,” Beshear said. Those projects include:

The Envision AESC plant is the second largest largest project in state history, Beshear said, and the Ascend Elements(Opens in a new window) recycling plant is the “single largest investment Western Kentucky has ever seen.” BlueOval SK says(Opens in a new window) its plants are the size of 60 football fields, which will pump out EV batteries for Ford and Lincoln vehicles.

The manufacturing plants from Envision AESC and Ford/BlueOval SK will likely work with recycler Ascend Elements, whose primary business is recouping waste from the battery manufacturing process for brands like Honda, Jaguar, and Land Rover. It repackages scrap to create more batteries without importing new materials, which typically come from China. 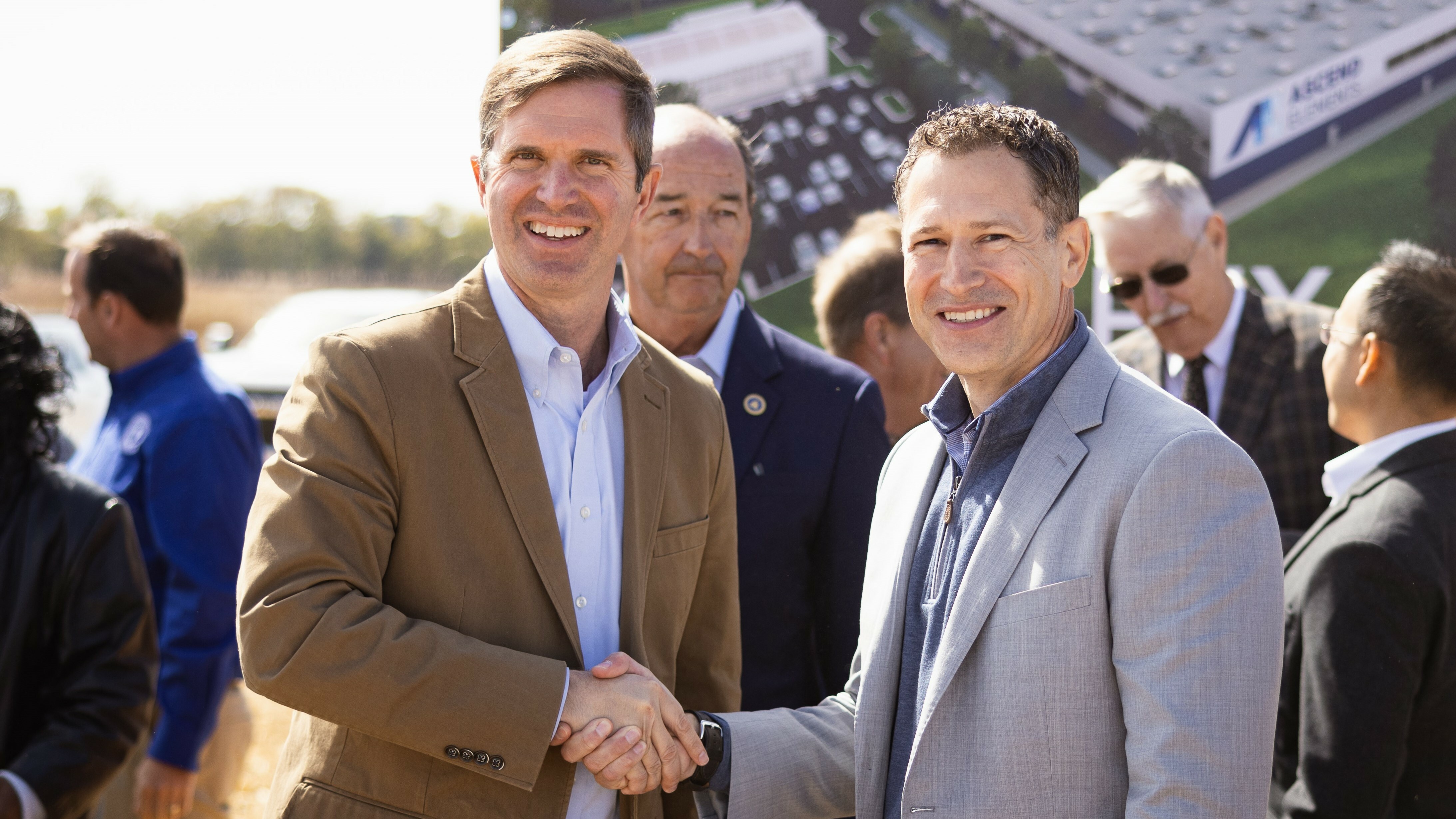 “It’s like when you’re baking cookies, there’s leftover dough outside the cookie cutter that you can’t use,” Ascend Elements CEO Mike O’Kronley tells PCMag. They expect the Kentucky facility will recoup enough material for 250,000 electric vehicles per year.

“Almost all [lithium] is refined only in China,” O’Kronley says. “You don’t have that same situation with aluminum and steel, which have mills all over the world and are highly recycled. Most new cars have recycled steel or aluminum, but those are much much more mature industries relative to where the lithium ion battery industry is. So that will change over time and will get better.” 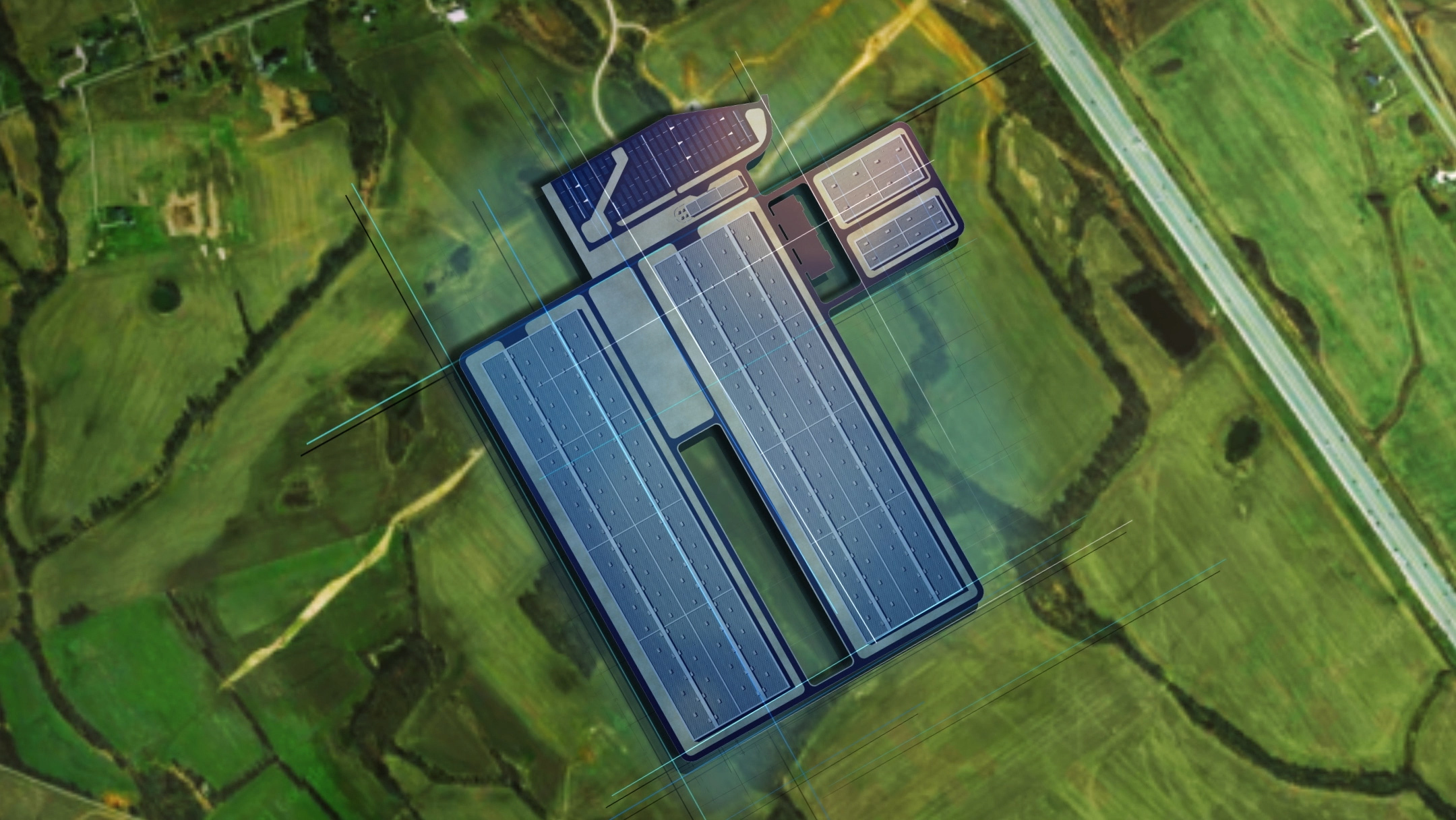 Rendering of the new battery facility in Kentucky from Ford and BlueOval SK.
(Credit: Ford)

Gov. Beshear referenced America’s near total dependence on China in his speech. “Because of this project, we won’t have to rely on China for a single ounce of lithium,” he said. “We are protecting our national security and we’re getting it done right here in Kentucky.”

That said, Kentucky’s big battery bets are not all-American. Envision AESC is Chinese-owned, and Ford partner SK On(Opens in a new window) is based in South Korea.

Recommended by Our Editors

The Battery Belt vs. China

President Biden has encouraged US-based manufacturing of batteries and the metals that go inside them (primarily lithium, cobalt, manganese, and nickel). He carved out $2.8 billion in funding for new projects, which has been awarded to a wide range of companies: manufacturers, recyclers, and those researching new battery technologies. Ascend Elements received(Opens in a new window) $480 million in grants, for example, and Washington State-based Group14, which makes energy-dense, silicon ion batteries that can replace lithium ion batteries, received(Opens in a new window) $100 million.

For EV owners to receive the full $7,500 federal tax credit, a certain percentage of their vehicle’s battery must be manufactured in the US with US-sourced metals, as required by the Inflation Reduction Act passed last year.

As a result, automakers are rapidly setting up US factories to build EVs as well as new battery facilities like we are seeing in Kentucky. A rapidly forming “battery belt” has emerged, primarily in the Midwest and Southern US, though the facilities will take a few years to construct. Kentucky, Georgia, and Michigan will be the biggest battery producers in the nation by 2030, according to a recent report(Opens in a new window) from the US Department of Energy. 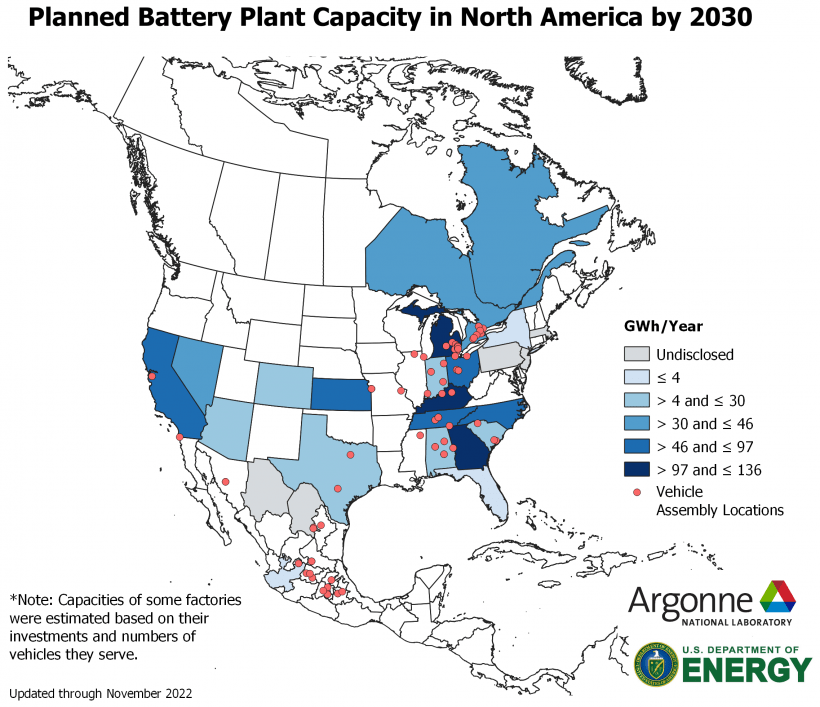 Michigan, Georgia, and Kentucky will produce the most battery capacity of any US state, at between 97 and 163 GWh/year.
(Credit: US Department of Energy)

Some consumers and automakers question whether the strict, domestic-first policy is feasible given the current dependence on China for materials. Foreign automakers like VinFast are also not huge fans, as they may now struggle with US sales since their vehicles will not qualify for the tax credit. For now, however, governors like Beshear are happy to tout the economic benefits and job opportunities these investments bring to their states.

Get Our Best Stories!

Sign up for What’s New Now to get our top stories delivered to your inbox every morning.

This newsletter may contain advertising, deals, or affiliate links. Subscribing to a newsletter indicates your consent to our Terms of Use and Privacy Policy. You may unsubscribe from the newsletters at any time.