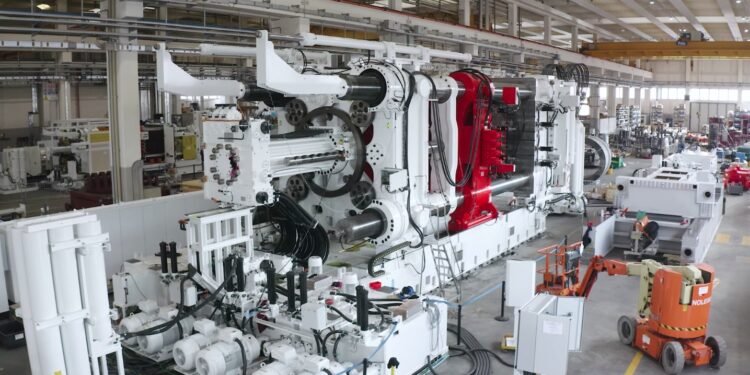 
IDRA has announced that it is sending a 9,000-ton Giga Press to Asia.

IDRA has gained notoriety over the past year for being the supplier of the “Giga Press,” which allows massive metal castings to be made, including the Tesla Cybertruck frame. This allows the manufacturer to limit the number of parts per vehicle and simplify manufacturing, hence reducing cost. Now, IDRA has announced that it is sending yet another of its Giga Presses to an anonymous buyer in Asia.

The LinkedIn post announcing the shipment of the new Giga Press lacks detail. Still, it does show the press in final testing before heading to its future home, somewhere in Asia, leaving many to wonder who the secretive buyer might be.

As Tesla has become known for its dedication to lowering production costs, most recently through the use of IDRA’s largest commercial press machine, many have wondered if the new press is headed to Tesla’s largest production facility in Shanghai, China. From publicly-available information, it is entirely possible.

The first Giga Press that Tesla ordered has only just begun to arrive in Texas recently, ahead of Cybertruck production, which is expected to commence in Q1 of this year, and enter mass production by the second half of the year.

Tesla is currently working on its next-generation vehicle platform, the first vehicle recieving the upgrade being the Model 3. And further, because many anticipate the newest generation to focus on cost reduction and production simplification, the new Giga Press could be a key tool for the automaker to achieve its goals. On top of that, Tesla’s Giga-Shanghai location produces the Model 3 en masse, making it an ideal candidate for production upgrade.

It cannot be overstated to note that the Giga Press could be going to a myriad of other potential buyers. While Tesla certainly has a use for the machine, other Asian manufacturers, such as Hyundai’s industrial machinery division, could also likely find a use.

With the next generation Model 3 just around the corner, many are looking forward to the upgrades that could be coming in the new vehicle, and there is no doubt that a reduced price would be one hell of an upgrade. We will have to wait and see if the new Giga Press arrives in Shanghai later this year.