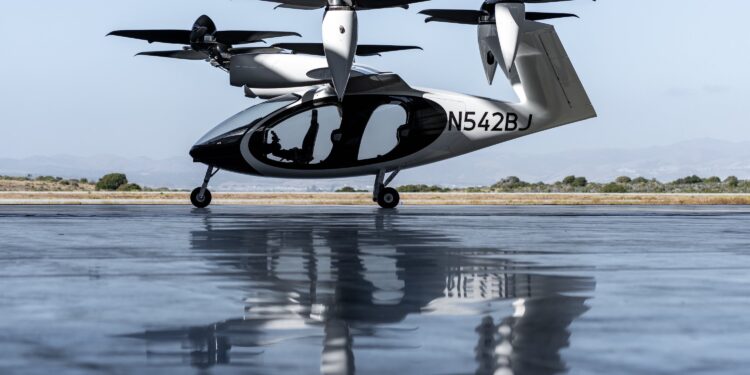 
Purchase a PDF copy of this special report

A longstanding difference of opinion on the appropriate design standard for electric vertical take-off and landing aircraft has become an acute point of contention as U.S. and European regulators vie for leadership in the space and eVTOL developers face the prospect of unequal hurdles on their paths to market.

At issue is the theoretical likelihood of a catastrophic failure condition, as computed through numerical analyses used to support the certification of aircraft systems. The European Union Aviation Safety Agency wants developers of commercial air taxis to substantiate that likelihood to ten to the minus nine (10-9) or one in a billion flight hours, the same standard to which transport category aircraft including jetliners are held.

Related: Autonomous aircraft startups are plotting an evolution, not a revolution

However, the Federal Aviation Administration is open to a more flexible approach that matches the level of design rigor to the size and complexity of the aircraft, consistent with its safety continuum for small airplanes and helicopters. That could mean certifying some systems to a standard of 10-8, one in 100 million, or 10-7, one in 10 million flight hours, probabilities that by most measures are still highly unlikely.

Until the FAA began accepting comments on its proposed airworthiness criteria for Joby Aviation’s eVTOL aircraft, these varying safety objectives were seen as a sticking point between the regulators, but not necessarily one that needed to be addressed immediately. However, in the closing days of 2022, as the deadline for comments neared, EASA and European eVTOL developers barraged the FAA with comments insisting on a 10-9 standard for urban air mobility operations, despite the fact that safety objectives are typically addressed in means of compliance, not high-level airworthiness criteria.

Advocates of 10-9 say they simply want electric air taxis to be as safe as possible and that anything less would be cutting corners. Yet, supporters of the FAA’s approach believe that insisting on the highest level of design rigor could actually be counterproductive for safety, and can point to historical examples where the 10-9 standard prevented the widespread adoption of safety-enhancing technologies.

Meanwhile, the choice of numerical safety objective could have a significant impact on the time and cost involved in certifying an eVTOL aircraft, which would disproportionately impact startups with limited resources. Although the safety implications of 10-8 versus 10-9 are debatable, the higher standard would hand a clear advantage to legacy players like Airbus and Boeing with deep pockets and no particular rush to certify an eVTOL.

The backdrop for the debate is a general aviation landscape that looks very different on each side of the Atlantic, with entrenched disparities in operating rules reflecting philosophical differences between the FAA and EASA that extend well beyond eVTOLs. In a special investigative feature, The Air Current dives deep into the arguments for and against 10-9, and how regulators’ decisions now could shape the future of this emerging market.

Sign up to receive updates on our latest scoops, insight and analysis on the business…