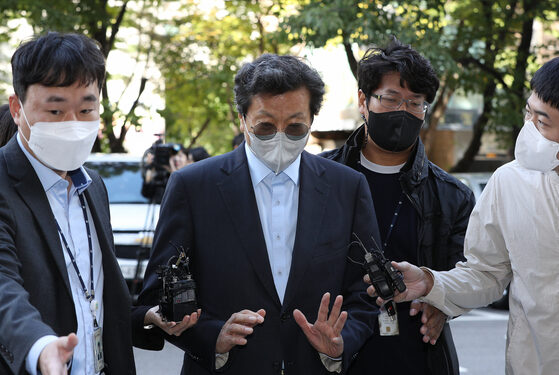 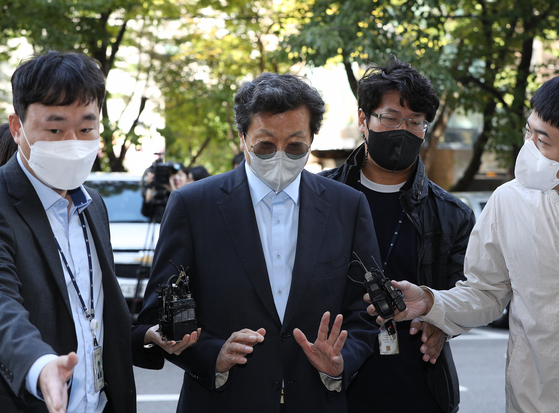 Kang Young-kwon, chief of Edison Motors, attends a warrant review on Oct. 7 on charges of pocketing illegal profits after manipulating the company’s stock prices during its attempt to acquire SsangYong Motors Co. [NEWS1]


More than 40 companies listed on the Kosdaq market changed the corporate name last year to help their corporate images.

Edison EV changed its name to Smart Solutions last June after the takeover of SsangYong Motors by Edison Motors, Edison EV’s parent company, collapsed. The company was involved in the funding for the acquisition and issued 80-billion-won of corporate bonds. Shares of Edison EV soared on expectations of a takeover of Ssangyong Motors. But the takeover deal eventually fell through due to payment failure, while in the process, a group of Edison EV’s large stockholders sold most of their shares and pocketed the profits.

SH&L, a company engaged in the industrial equipment and parts business, changed its name to RS after it was accused of inflating profits to avoid being delisted.

TS Nexgen, an electricity, energy, power generation facilities company, was formerly called Hlb Power. Its operating profit had been in the red as of the third quarter of last year and its capital was impaired.

According to data from the Korea Exchange, 68 Kosdaq-listed companies changed their registered names in last year, excluding the ones that simply corrected their English spelling or typography.

Of them, 44 Kosdaq-listed firms, or 64 percent, of the renamed companies have faced weak performances, management disputes or criminal prosecution of directors.

The number of companies that changed their names twice was at 12.

Kosdaq-listed Blueberry NFT, a sports-related non-fungible token (NFT), announced that it changed its name to Blade Entertainment in a shareholder meeting on Dec. 26.

Blueberry NFT has been changing its name frequently — to Biogenetics in 2017 and to Gyeongnam Bio Pharma in 2020 — citing diversification and mergers.

Among the companies that changed their names last year, eight of them are currently suspended from trading due to reasons related to investor protection and delisting. Three have been delisted and five are capital impaired.

Although it is difficult to conclude all name changes are aimed at covering up a dark past, experts warn caution for investors against an ambiguous reason or too frequent name changes of a company in the Kosdaq market, which specializes in smaller to mid-size venture companies and where changing names is relatively easy.

“When problems such as embezzlement occur, companies often make people confused as if they were a new company, or add promising industries such as biopharmaceutics in their name to make themselves appear as a blue-chip company,” said Kim Dae-jong, a professor of business administration at Sejong University.