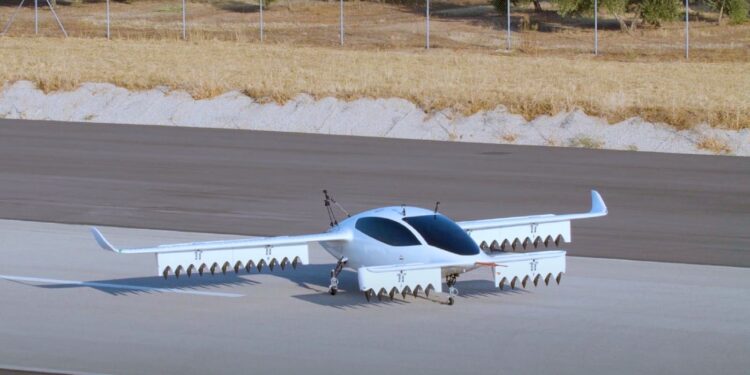 
The Phoenix 2 air taxi is the major prototype for an eVTOL jet, and it’s currently in its fifth generation. The propulsion system on the prototype consists of 36 individually controllable flaps, which are also the lifting and control surfaces. Each flap contains a ducted electric engine, which uses Lilium’s proprietary Ducted Electric Vectored Thrust (DEVT) as an integrated approach to addressing payload, aerodynamic efficiency, and noise level. Because the engines can pivot, they allow for quick vertical takeoff and an easy transition into flight.

Recently, Lilium had shared a video of the Phoenix 2 prototype achieving just that — going from a hover to wing-borne flight. It reached speeds of over 180 kph (112 mph) during this test flight.

If and when the vehicle goes into production, the official Lilium Jet will have a variously configurable interior, going from a four-seat luxury private jet, to a six-seat passenger jet, to a small cargo jet with zero seats – and, believe it or not, a number of analysts think the ABB-backed air taxi player might be the winning formula.
“Lilium N.V. (NASDAQ:LILM) is currently massively undervalued,” writes Jay Capital, over at Seeking Alpha. “LILM is a significant player in the electric vertical take-off and landing [eVTOL] business, which is expanding quickly. Due to the company’s lack of current significant revenue or profit generation and the fact that it still has a lot to demonstrate to the market, I believe there is a huge valuation gap between LILM’s current market price and its true worth (which translates to higher execution risk). I anticipate a favorable response from the market if the company can demonstrate that investors can put their faith in its management.”
Lilium had submitted its means of compliance paperwork to the European Union Aviation Safety Agency back in April of this year, and the company has been moving quickly since. The company’s eVTOL air taxi is scheduled to enter service in 2025, with scale production beginning as early as next year.

Lilium Jet eVTOL in the Air Complete our 2022 CleanTechnica reader survey for a chance to win an electric bike.

I RAIDED EVERYONE on FORCED WIPE – Rust