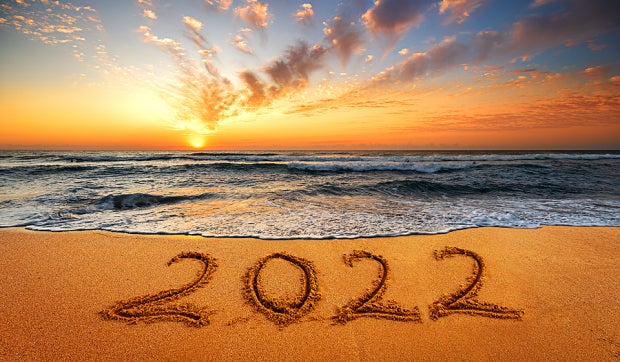 
It has been nothing short of a roller-coaster ride for the auto industry in 2022. From historically low levels of inventory and record high prices of vehicles to the transformative Climate Bill and e-mobility acceleration, there were stories that made the biggest ripples in the auto industry. As 2022 draws to a close, let’s take a much-deserved flashback into the most impactful stories and trends of the auto sector that grabbed headlines this year.

Russia-Ukraine War Throws the Industry Into Disarray: After a rocky 2020 amid coronavirus woes, semiconductor supply deficit rattled the auto market in 2021. Just when industry watchdogs and auto giants were predicting the chip deficit to gradually start easing out from mid-2022, the geopolitical conflict between Russia and Ukraine triggered the second round of global microchip shortage.The war created ripple effects in the automotive supply chain and exacerbated the chip deficit as raw materials got difficult to come by. Most auto biggies like General Motors GM, Ford F, Stellantis STLA and Honda HMC among others suspended operations/business in Russia. Apart from gasoline getting expensive, the war also led to a spike in commodity prices, adding to automakers’ woes.

Historically Low Inventory Levels, Record High Cars Prices: While the demand for cars remained strong, parts shortage (a byproduct of COVID-19 that got worsened by the Russia-Ukraine war) choked supplies and low stockpiles impacted sales. And it was not just microchip shortage that disrupted the supply chain, other parts and components also ran into short supply. All this adversely impacted inventory levels, especially in the first half of the year when new vehicle inventory in the United States was mostly running below 1 million units. While it started improving in the back half of the year, it’s still way below the pre-pandemic levels. Meanwhile, amid the demand-supply mismatch car prices went off the roof. The average selling price of new vehicles hit a record high of $48,681 last month, beating the previous record high of $48,301 in August.

Vehicle Affordability Concerns Amid Hawkish Fed: To rein in the stubborn inflation, Fed became ultra-aggressive, cranking up borrowing rates repeatedly in 2022. Increasing costs of vehicle financing are making monthly payments less affordable for less-affluent and subprime consumers. With borrowing getting expensive and threats of a recession looming large, consumers are gradually starting to get apprehensive on buying cars at a heavy premium. As a result, the demand for vehicles has already begun to cool off. Resultantly, vehicle sales forecasts are getting slashed and automakers’ pressing concern is now shifting from inventory challenges to rising interest rates, which may erode demand with recessionary risks lurking around the corner.

The Landmark Climate Bill Supercharges EV Revolution: In August, President Biden signed the Inflation Reduction Act (IRA) — the boldest climate legislation in U.S. history. The bill seeks to transform the U.S. auto industry with incentives that would induce automakers to accelerate the production of electric vehicles (EVs). To encourage the adoption of EVs, the IRA included a $7,500 tax credit till 2032 on the purchase of a new EV. Importantly, the tax credit will be sans the 200,000-car cap. What’s worth noting here is that the new bill has provisions for tax credits only for vehicles manufactured in North America and meet the raw material sourcing requirements.The sweeping climate bill looks like surefire legislation to fast-track the EV industry.

Notable EV Rollouts and Massive Battery Investments: Thanks to increasing customer enthusiasm about EVs, automakers rolled out several new models this year. Some of the more notable ones include Ford’s F-150 Lightning Pro and General Motors’ Cadillac Lyric. And as auto giants are fast changing their gears to electric, they are also actively ensuring that the future models don’t get held up amid a shortfall of batteries. To that end, the year 2022 saw major investments related to EV battery production. For instance, Honda and LG Energy Solutions announced their plans to invest $4.4 billion to build a new battery production plant in the United States.Stellantis also joined forces with LG Energy to invest $4.1 billion to build an EV battery plant in Ontario. STLA also inked a deal with Samsung SDI to invest more than $2.5 billion to build a JV battery facility in Indiana. Hyundai broke ground on a $5.5 billion U.S. EV battery facility in October.

The Two Mega Acquisitions of the Year: Leading truck engine maker Cummins acquired Meritor in a deal valued at $3.7 billion. The buyout of Meritor positions Cummins as a leading provider of integrated powertrain solutions across internal combustion and electric power applications. The acquisition adds products to Cummins’ components business, offering attractive growth opportunities across the firm’s range of power solutions and applications. Auto equipment provider Tenneco got acquired by Apollo Funds, an affiliate of Apollo Global, for a whopping $7 billion, including debts.

EV SPACs Burning Cash: It seemed that the EV SPAC party of the last two years entered the hangover phase in 2022. Many EV startups generating no meaningful sales are now facing a liquidity crunch. Amid surging inflation and the global supply chain crisis, many firms, including Canoo, Lordstown Motors and Faraday Future, face survival concerns unless they manage to raise additional capital. Fresh funds are getting more difficult and costlier to come by.  With the market meltdown and depressed stock prices, smaller startups fear equity dilution.

Carvana’s Drastic Crash: Once a Wall Street darling, used vehicle e-retailer Carvana grabbed headlines for all the wrong reasons, with its shares sinking to fresh lows multiple times this year. Shares have tanked 98% year to date, with growing concerns about the company going out of business. Massive layoffs, executives forgoing salaries and rising bankruptcy concerns made several analysts downgrade their ratings on the stock, warning that the company might run out of cash by the end of next year as chances of a potential cash infusion seem less likely.

Musk’s Twitter Obsession Makes Way for TSLA’s Worst Year on Record: The world’s EV leader Tesla is headed for its worst month, quarter and full year ever. And while there might be a number of reasons behind that, Musk’s acquisition of Twitter has supposedly played the most consequential role in Tesla’s stock plunge of around 65% year to date. TSLA has lost more than 45% since Musk’s Twitter takeover. The company faced investors’ backlash as they felt Musk would be spread too thin across all his responsibilities and lose focus on Tesla.While Musk is known to juggle several ventures at once, the Twitter acquisition is his most immense undertaking yet. It also doesn’t help that Musk sold nearly $40 billion Tesla shares this year. The billionaire CEO has warned the public consistently about a potential “hard landing” caused by the Federal Reserve’s monetary policy. So far this month, Tesla has tanked 37%, and quarter to date, its shares have plummeted 54%. To put it in perspective, shares of Tesla had not dropped more than 25% and 38% in a single month and quarter, respectively. So, December 2022 and the fourth quarter of 2022 will mark Tesla’s worst monthly and quarterly share price performance.

Want the latest recommendations from Zacks Investment Research? Today, you can download 7 Best Stocks for the Next 30 Days. Click to get this free report