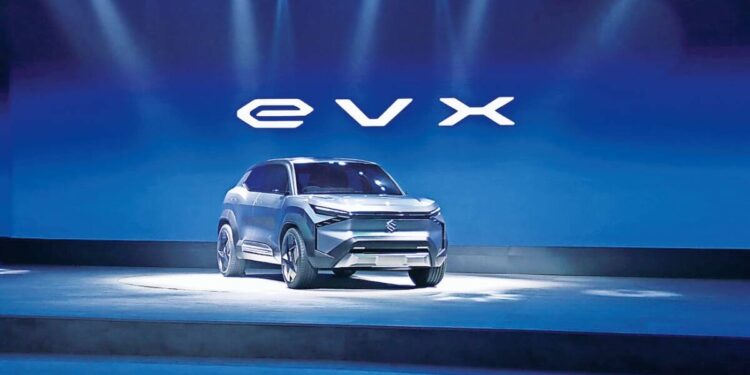 A marked low-key affair, the Auto Expo 2023 not only was given a pass by a large number of players including Honda Motor, Volkswagen AG and group companies Skoda Auto and Audi, Mahindra, Mercedes, BMW, among others the expo also reflected the lack of clarity in the minds of auto players with respect to technology that will dominate the future.

Though largely dominated by showcasing of electric vehicles, it reflected the hitch among the autoplayers who still seem unsure about the technology that will dominate in the future and still showed their concept cars for future.

At the Auto Expo 2023 in Greater Noida. (Express photo by Gajendra Yadav)

Barring Tata Motors, which has shown a big leap of faith in the Lithium-ion based EV technology and launched two new electric SUVs — Tata Sierra EV and Tata Harrier EV on Wednesday, most companies were still seen showcasing their concept EV vehicles.

While Hyundai launched its Ioniq 5 EV model that has already hit other markets and is expected to come at a significant premium over its existing product — the Kona, Maruti Suzuki showcased the eVX — its EV concept that should be ready to hit the market in 2025.

The first day of auto expo, which traditionally used to witness launch of multiple new internal combustion engine (ICE) cars by companies across the spectrum, there was none by atleast the three leading manufacturers on the first day— Maruti Suzuki, Hyundai and Tata Motors.  Maruti Suzuki, is however, expected to launch Jimny mini-SUV with a petrol drivetrain at the auto expo on Thursday. Compared to its last edition in 2020, the fifteenth edition of the Expo is bigger in terms of participation, with significant representation from electric vehicle startups and original equipment manufacturers (OEMs).  The latest show recorded a participation from 114 exhibitors, out of which 48 are vehicle manufacturers, compared to 108 exhibitors and 35 OEMs in the 2020 edition. Over half a dozen entities are manufacturers of only electric passenger vehicles, and two- and three-wheelers.

This Is The Craziest Electric Vehicle Charging Station In The World!