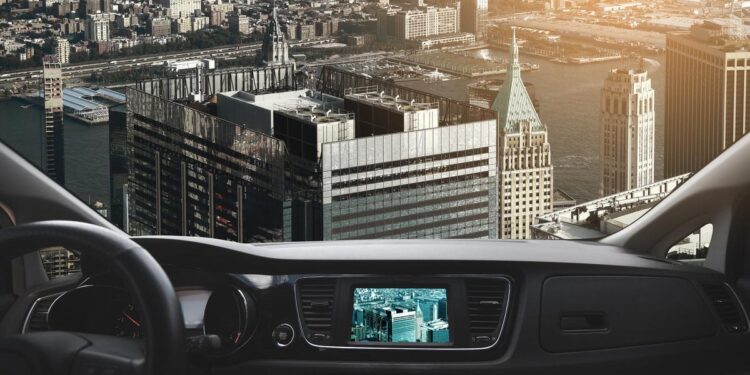 
The future of transportation is positively exciting—driverless cars, the first/last mile solutions of micromobility (i.e., ebikes/scooters), the positive prospects of electric vehicles, the expansion of mass transit systems, and even the possibility of hyper tubes. But, perhaps, the most exciting (and possibly the most unbelievable) future mode of transportation is one that has been portrayed in numerous science fiction films and other media, from Blade Runner to Back to the Future to The Jetsons: the flying car.

Indeed, over eight decades ago, Henry Ford said, “Mark my words: a combination airplane and motorcar is coming.” And one of the most astonishing things about flying cars is that they are already here, and cities and governments worldwide need to start preparing for their inevitability now. One Wall Street analysis estimates that the global market for on-demand, short-distance urban air travel could top $850 billion by 2040.

Very recently, the Slovak Transport Authority gave the official thumbs-up to Klein Vision’s “AirCar” to fly around in its home country. The “Air Car” is a hybrid between car and plane and differs from electric-powered vertical takeoff and landing vehicles (eVTOLs), which are being developed commercially for air taxi purposes, because they run on an internal combustion engine that can be refueled at a regular gas station.

And while “AirCars” are ready for takeoff in Europe, legislation in Congress is still in development. HR 1339, Advanced Air Mobility Coordination and Leadership Act, passed the house on November 4, 2021, and is currently sitting in the Committee on Commerce, Science, and Transportation. And, S 516, the Advanced Air Mobility Coordination and Leadership Act, was read twice and referred to the same committee on March 1, 2021. However, there is at least one state that’s already welcoming the flying car industry with open governmental arms, or to be more accurate, luring flying car companies to plant a flag in the Granite State of New Hampshire.

In 2020, the New Hampshire State Legislature passed and the governor signed House Bill 1182, which makes it legal to have a “roadable aircraft,” better known as a flying car, in the state. However, if you think a flying car can depart from anywhere in New Hampshire, you’d be wrong. The law specifically provides that “[a]ll roadable aircraft shall be required to take off and land from a suitable airstrip.” In other words, flying cars will require infrastructure improvements.

A McKinsey analysis described the types of infrastructure needed to enable the future of flying cars. From smallest to largest, and in order of connectivity:

Underutilized shopping malls in the suburbs and more rural areas are ripe targets for vertipad and vertibase repurposing post the explosion and mainstreaming of e-commerce and home delivery during the Covid-19 pandemic. And while most office workers will likely return to offices at least part-time post-pandemic, there will continue to be some unused office space in buildings with ideal rooftops that can serve as either vertibases or vertihubs in urban commerce centers.

The future of transportation could be as limitless as the sky—if local and state governments start planning for flying cars. Regional transportation planning agencies should include vertipads, vertibases, and vertihubs in discussions with their city and county constituents so a truly fluid network of flying cars can be a safe complement to existing transportation infrastructure.

The future of EV charging stations in India