The future of EV charging stations in India 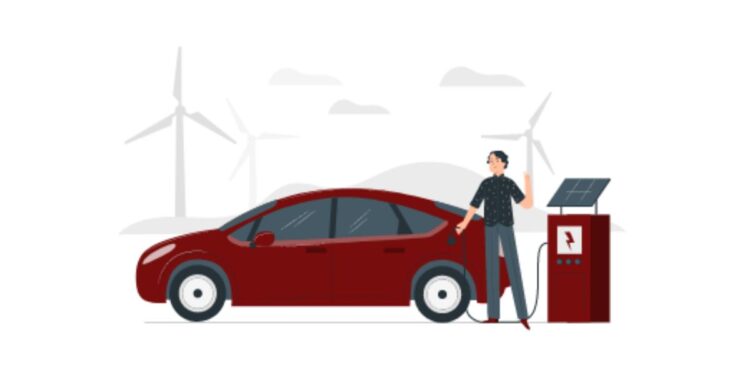 Even as EVs increasingly go mainstream as part of the wider mobility network and usage and see enhanced uptake, the charging station ecosystem has been somewhat slow to develop. However, in the last one year alone, the number of charging stations in the country has grown more than five times. This testifies to the promise that this sector holds for ever-rising number of EV users as well as the cause of clean mobility in the country.

So, what is the future likely to be for EV charging stations in the country?

First, most estimates point to the relentless rise in number of EVs in the country. While some segments such as 2-wheelers and 3-wheelers would see higher sales than say, electric buses, the growth would be seen across segments including 2-Ws, 3-Ws and 4-Ws and passenger vehicles.

Moreover, the total cost of ownership would most probably come down to equivalent levels of petrol vehicles as indicated by the pronouncements of the Road Transport and Highways Minister. As a result, riding on this increasing momentum in the EV market, the future of charging stations also looks promising.

Second, the number of charging stations is expected to rise in exponential terms. From the five-fold jump that we saw in 2022, the coming year would see even greater growth in numbers with subsequent years registering even higher numbers. Apart from OEMs and independent charging station specialists and service providers, a number of other players including government agencies, PSUs, DISCOMS, private energy companies and construction and real estate developers would also contribute to the rise in charging stations in the country.

According to a joint report by Indian Venture and Alternate Capital Association (IVCA), Induslaw and EY, the number of charging stations is expected to increase to 100,000 units by 2027 to accommodate the increasing demand by nearly 1.4 million EVs expected to be on the roads by then. Then according to another research report, India would need a humongous 20 lakh charging stations by 2030 to cater to a mammoth 5 crore EVs by that year.

Third, the charging stations are likely to provide charging services for both types of EVs, those with fixed platforms with plug-in capability and those with swappable battery platforms. While most personal and other passenger four-wheelers would likely need plug-in charging services, battery swapping is expected to be preferred by electric two- and three-wheelers in the country.

Fourth, along with Alternating Current or AC-based slow charging options, the coming years would also see an array of new-age charging solution specialist companies providing Direct Current or DC-based fast charging options. With time, these fast charging points will gain more visibility not only within big cities, metros and highways and expressways but also in tier II and III towns in the country.

At the same time, AC-based slow chargers would also be in demand on account of rising penetration of 2-wheeler and 3-wheeler EVs in India. Apart from public charging stations being present at public places including petrol pumps, market complexes, commercial centres, malls and entertainment centers and municipal parking lots, they will also be available at residential premises and office complexes providing for captive charging facilities. For a high population density country such as India with less public space, public charging network is very important.

Fifth, the coming years is also likely to see increased and sustained policy stimulus by the government with an eye on ‘charging up’ the charging station ecosystem. From allowing cheaper leasing of land, to placing a cap on rentals for charging stations, to giving financial support to lower the cost of capex in the early stages of setting up the infrastructure, to cutting down on import duties for inputs and equipment, among several other measures, the central government as also state governments would go all out to ensure that there are adequate charging station facilities for the growing number of EV users in the country.

In sum, the future of the charging station landscape looks fairly bright in the country.

The author is Founder and CEO of Statiq.

Disclaimer: Views expressed are personal and do not reflect the official position or policy of Financial Express Online. Reproducing this content without permission is prohibited.

This Is Audi’s Most Advanced Electric Car Yet!