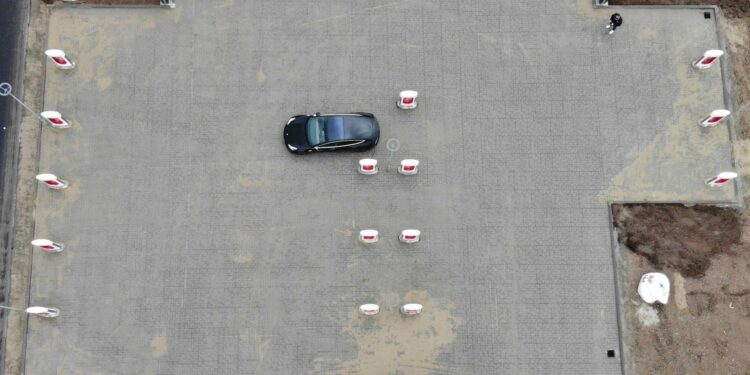 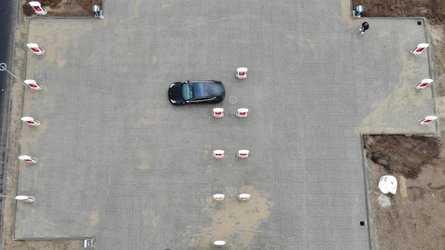 Tesla’s Supercharger network is arguably the world’s largest EV charging chain, with over 40,000 stalls globally that offer up to 250 kW of power. But it’s not perfect, and Tesla drivers who tow frequently know it better than anybody else.

Traditionally, a Tesla Supercharger location has its charging posts installed in such a way that you need to pull in or back into the parking space. This isn’t ideal for those towing a trailer, as the trailer might block access to the other charging stalls, depending on how the driver chooses to park the car.

If the location is full, as is sometimes the case, the trailer might even have to be unhitched, which isn’t exactly comfortable. But with a new lot design shown by Tesla, this won’t be necessary anymore.

Published in a Tweet on the company’s TeslaCharging account, the redesigned Supercharger lot that was opened in Kliplev, Denmark has a total of 24 posts, 8 of which are in the middle of the lot, allowing drivers to pull through and allowing sufficient space for trailers.

All of the stalls are of the V3 variety and are capable of delivering up to 250 kW to both Tesla EVs and other, non-Tesla vehicles with CCS compatibility. In other words, it’s one of the lots that are part of the company’s pilot program that allows any type of EV with a CCS plug to recharge at its locations.

It’s an interesting design that seems to maximize available space, but as one commenter pointed out on Twitter, it isn’t the first Supercharger lot that offers pull-through parking. A similar location was spotted in Manteca, California, where the Perimeter Drive location has 20, 150 kW stalls arranged in such a way that allows pulling through with a trailer. There’s even a photo posted on Google Maps showing a Model Y charging with a trailer attached.

With Tesla ramping up production and deliveries, while also preparing the launch of the Cybertruck and new Roadster, it was just a matter of time until it came up with new and improved designs for its Supercharger lots.

What are your thoughts on this new design? Let us know in the comments below.