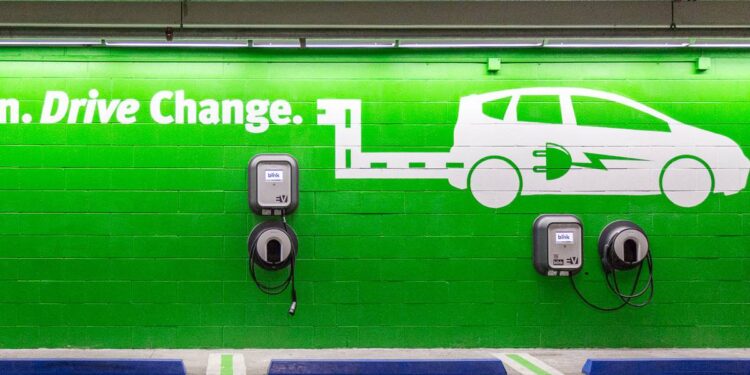 
Drivers in Oregon purchased about 1,000 electric vehicles a month in 2022, tying Washington for the share of auto sales that were electric and trailing only California, the Oregon Department of Transportation said.

Monthly sales rose throughout the year, ODOT said. Though increasing, the total number of EVs on Oregon roads is still small, just 57,700 as of September, the latest figure available, ODOT said.

EV charging infrastructure expanded in 2022 as well. In May, contractors finished the first phase of ODOT-funded upgrades to Oregon’s piece of the West Coast Electric Highway, a network of charging stations that runs from British Columbia to southern California along I-5, Highway 101 and other large roads.

Statewide, Oregon had a total of 2,196 chargers in October, including 471 direct current fast chargers, which can charge an EV battery to 80% in about 30 minutes. Almost half of the DC fast chargers—215 of them—belonged to Tesla, according to the Oregon Department of Energy’s EV dashboard.

The state had 1,707 Level 2 chargers. They use 240-volt outlets and charge more slowly. Level 1 chargers, the slowest option, plug into 120-volt household outlets.

Oregon law requires all new cars, trucks, and SUVs sold in the state to be zero emission by 2035.

THIS UK BASED SODIUM BATTERY THREATENS TO CHANGE THE EV INDUSTRY FOREVER!!

THIS UK BASED SODIUM BATTERY THREATENS TO CHANGE THE EV INDUSTRY FOREVER!!