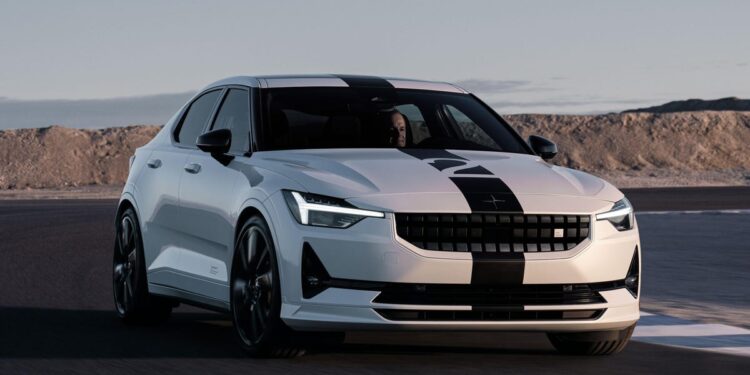 
Toyota isn’t the only automaker that’s been slow to introduce electric vehicles and expressed doubts about EV-only lineups, though it’s arguably been the loudest about it. Compare that with Polestar, which believes going all-electric isn’t strictly about the business case, it’s about recognizing the realities of climate change and doing what needs to be done to react to it.

Speaking to a group of Australian journalists recently, Polestar’s Head of Sustainability, Fredrika Klaren, had a lot to say about the company’s EV plans, as well as competitors such as Toyota dragging their feet. Australia’s CarSales reports that, according to Klaren, Polestar is just following the science:

﻿From our standpoint, our climate strategy is based on the IPCC (Intergovernmental Panel on Climate Change). It’s a top-down approach.

We’ve said that we need to be climate neutral by 2040 as a company and we need to halve emissions by 2030, and that’s not what we can do – that is what the climate scientists are telling us we need to do as companies.

We only have seven years left until we hit 1.5 degrees global warming. That’s a fact if we continue on the route we’re heading into. So, anything after 2030, we’re not interested.

Klaren then called out other automakers taking a different approach, saying, “Anyone, any company claiming they can fix this in 2040, 2050, it’s not interesting, because we’ve missed the goal by then.” When asked specifically about Toyota and its focus on hybrids over EVs, she had a lot more to say:

To me, you’re still putting gasoline in the car, so don’t focus on that technology at all. If you keep focusing [and] having that in your business plan, you’re not going to level up in the way you need to do in terms of this new technology.

I think that leaders are having to walk a very difficult walk, unfortunately. There are so many interests in this, so leaders have to be really bold now more than ever.

All companies need to have that strategy to enable us to combat climate change in time. So that’s our predicament here. We know this. We know there is no place for non-EVs on a large scale after 2030 in that scenario.

But OEMs are locked into their business plans. They plan for a transition and I understand that. But the thing is that the timeline is wrong and it’s not in line with scientists, so what we need to do is tear up those business plans and make new ones.﻿

Will Toyota read what Klaren has said, have a change of heart, and commit to going all-electric by 2030? Probably not. But she does make some very good points. Climate change isn’t going to wait for the moment when reducing emissions doesn’t impact quarterly profits. At the same time, it’s not like replacing every gas-powered car with an EV will be the silver bullet that prevents future climate change disasters. But if automakers want to start going after each other, we’re more than happy to get our popcorn and watch the drama.

From changing colour to flying, the five most buzz-worthy cars at CES