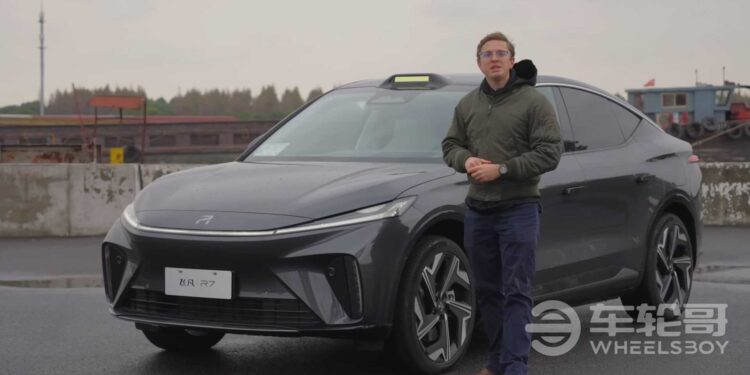 
The Tesla Model Y had a very successful year in 2022, becoming the best-selling electric crossover in the United States and managing to earn sixth place in the best-selling vehicles category as a whole, with around 252,000 units delivered in the US.

Bun in China, the story is a bit different. With local giants like BYD and SAIC, Tesla is having a tougher time appealing to Chinese customers, selling roughly 400,000 cars in 2022 (until November), while BYD managed to have a record-breaking year, selling over 900,000 battery-electric vehicles (BEV) and more than 1.85 million plug-in vehicles.

One of the reasons behind this might be the sheer number of options available for prospective buyers. While Tesla has a handful of models on sale, local Chinese automakers make dozens of different models that are priced from very low to very high, offering something for everybody.

In the video embedded above, one such Chinese model – the Rising Auto R7 – is reviewed by the good people at Wheelsboy. This premium electric crossover has a pretty confusing history, starting with its brand, which is part of SAIC’s portfolio and which had a different name not too long ago – R Auto.

With a starting price of around $43,000, the Rising Auto R7 is supposed to be a luxury EV, with styling inspired by the striking ES33 concept shown back in 2021 at the Shanghai Auto Show. It also has some impressive features, like its electric frameless doors that can be closed at the push of a button, just like in a Rolls-Royce, and an interior that appears to be heavily inspired by the Mercedes-Benz EQS – not that it’s a bad thing – with three screens fitted on the whole dashboard.

The Rising Auto R7 in the Performance spec, which is the most powerful variant on offer, comes with a dual-motor setup that makes 536 horsepower (400 kilowatts) and 516 pound-feet (700 Newton-meters) of torque, allowing the electric crossover to accelerate from 0-62 miles per hour (0-100 kilometers per hours) in 3.8 seconds, which is on par with the Tesla Model Y Performance’s 3.7-second 0-60 mph time.

As for the car’s interior quality, driving experience, range, and self-driving features, check out Wheelboy’s review of the R7 in the video at the top of this page.