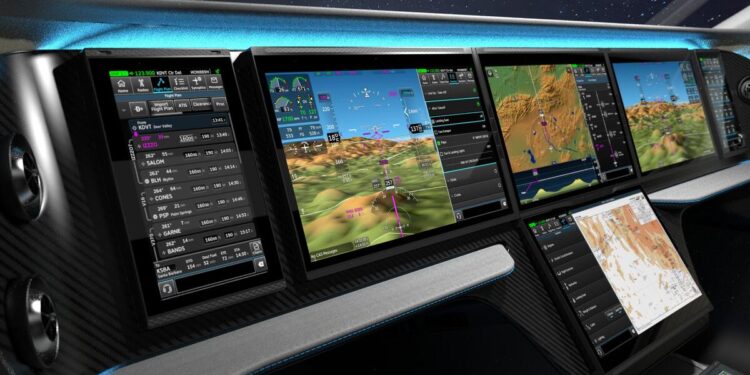 Announcing the partnerships during the NBAA-BACE business aviation trade show in Orlando, the advanced air mobility division of the Korean car maker Hyundai said the SA-1’s cockpit will feature the always-on cloud-based avionics suite that Honeywell introduced in October 2021 as a versatile platform that can be adapted for multiple aircraft types. BAE will work with Supernal to define the requirements and architecture for a lightweight, fly-by-wire system.

Supernal said it expects the Anthem system to deliver the connectivity it needs to integrate an array of complex technology it will be using for the SA-1 eVTOL vehicle that it wants to get into commercial service in 2028. Anthem will also underpin the company’s efforts to achieve high degrees of autonomy in the way the aircraft is operated.

The SA-1 is the third application for the Anthem flight deck, which has already been selected by rival eVTOL aircraft developers Lilium and Vertical Aerospace. Honeywell, which is seeking to head off competition from Garmin’s avionics platforms which share a high degree of commonality, says the system can be readily adapted to support a wide variety of business aircraft and airliners.

Anthem will allow pilots to share data via the internet and also to access software while online inflight. Before departure, pilots can plan flights and configure the avionics suite offline by accessing the Honeywell Forge platform on any smart device. A secure server stores information about the aircraft and the flight crew can access this remotely.

In the future, the Anthem system will enable so-called simplified vehicle operations that will reduce the level of experience required for eVTOL aircraft pilots. Honeywell says this transition will be the first step towards fully autonomous operations in which eVTOL operators would manage their aircraft remotely.

The flight controls for Supernal’s SA-1 eVTOL will need to be compact and support its advanced processing needs and autonomous functions. BAE said it intends to develop the system in a way that it could be easily adapted for use with other new electric aircraft.

BAE Systems, which has more than 40 years experience of in developing flight controls, will run the program from its new facility in Endicott, New York. “The development of advanced, high-integrity controls is crucial to meet the demands of electric aircraft,” said Ehtisham Siddiqui, BAE’s vice president, and general manager of controls and avionics solutions. “BAE Systems is harnessing its investment in electrification and expertise in flight-critical systems to advance sustainable aviation. We look forward to working with Supernal to make this shared vision a reality.”

BAE also specializes in power conversion and energy management systems. The company is already working with two other eVTOL aircraft developers, Jaunt Air Mobility and Eve, as well as with General Electric on a NASA project to develop hybrid-electric propulsion systems.

Supernal said it expects to start the FAA’s type certification process for the SA-1 in 2024. And earlier this year, it announced plans to introduce a hydrogen-powered eSTOL aircraft.

Initially, the SA-1 will be flown by a pilot and will seat four passengers, although the company plans to eventually switch over to autonomous flights with a six-passenger version of the vehicle. It will be designed to cruise at up to 180 mph (290 km/h) and an altitude of 1,000 to 2,000 feet (300 to 600 meters), with a range of about 60 miles (100 km) on a single charge, with a recharge expected to take no more than five to seven minutes.