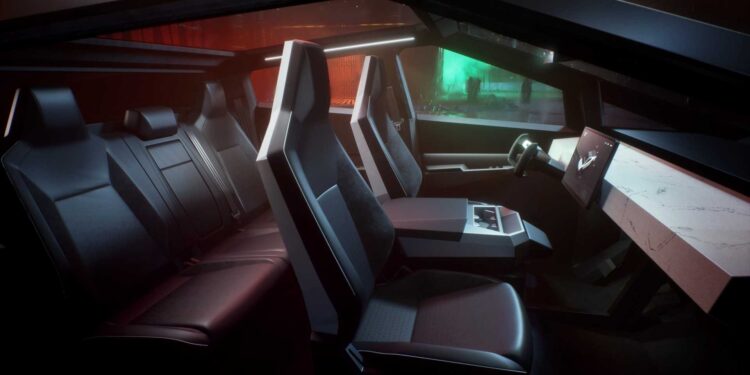 
The Tesla Cybertruck may enter production with a steering yoke instead of a conventional steering wheel, the company’s chief designer Franz von Holzhausen said in a recent interview.

The Cybertruck has been in development for several years, and recent prototypes have been spotted with yoke steering following the introduction of the aviation-inspired control on the refreshed Tesla Model S and Model X.

But while Tesla recently decided to offer a traditional steering wheel option to Model S and Model X customers, it looks like the Cybertruck may launch with the yoke.

Franz von Holzhausen said on the Ride the Lightning podcast with Ryan McCaffrey that the Cybertruck’s design was “basically finished” and that the company is leaning toward yoke steering for the electric truck.

“I think the yoke makes a lot of sense, you know, once you experience it, it’s a great driving experience combined with Autopilot. It makes the whole user experience and interior cockpit simpler and cleaner. So yeah, we’re looking at the yoke there too.”

However, von Holzhausen added that no final decision has been made yet as Tesla keeps its options open concerning vehicle designs. “We work consistently through the entire process, and we’re constantly working on every detail and the refinement of that,” the design boss said.

Tesla’s steering yoke saw mixed reviews from owners of the new Model S and Model X, and even came under the scrutiny of NHTSA for a brief period.

Some Model S and Model X owners who were dissatisfied with the yoke took matters into their own hands and replaced the yoke with a traditional steering wheel as part of DYI projects. That’s no longer necessary as Tesla now offers a conventional steering wheel option for its flagship models.

Will the same thing happen to the Cybertruck or will Tesla offer the electric pickup truck from the get-go with two steering choices, the yoke and a conventional wheel? That remains to be seen, and we will likely learn more about it later this year when Tesla starts manufacturing the Cybertruck.

The company is set to begin initial production in mid-2023, with volume manufacturing expected to start before the end of the year.