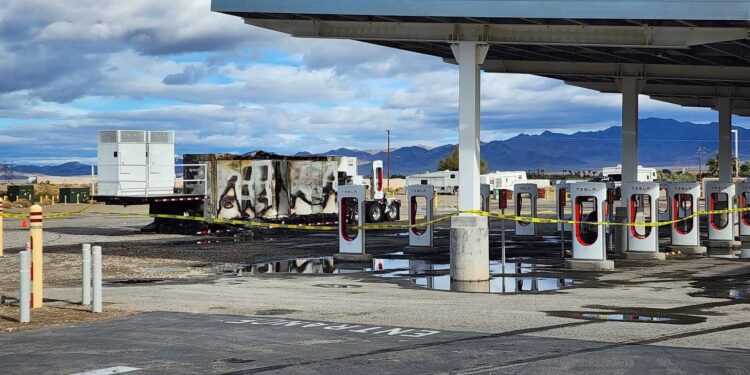 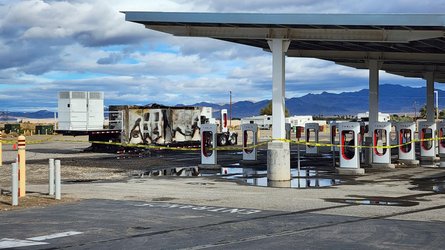 Tesla owners charging their vehicles on New Year’s Day at a Supercharger station in Baker, California witnessed a mobile Supercharger burn to the ground.

There’s no word on what started the fire, but Electrek has reached out to the local fire department and is waiting for a response.

These mobile Supercharging stations are comprised of a mega pack on the back of a trailer with multiple Supercharging outlets attached. Tesla often employs them at particularly busy Supercharger locations during the holidays in order to ease congestion and reduce waiting times.

This time, though, the mega pack that caught fire took down half of the Baker station’s 40 stalls with it, according to a Plugshare user. The image above, shared by another Plugshare user, shows the damage was mainly contained to the megapack itself, but police tape can be seen cordoning off a large number of the site’s nearby permanent Superchargers.