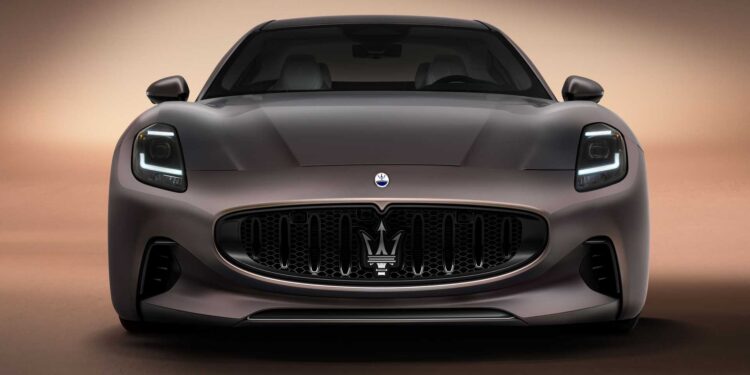 
Maserati is months away from the official market debut of its first EV, the GranTurismo Folgore, which runs on an advanced 800-volt platform and supports fast charging at up to 270 kW. That’s quite fast even compared to the quickest-charging EVs on the market, but apparently Maserati is considering ditching this fast charging capability in the quest for lower overall vehicle weight.

According to this Autocar report that quotes Ana Paola Reginatto, who is Global Head of e-Mobility at Maserati, the manufacturer would happily sell an electric vehicle that didn’t fast charge. She argues that since most cars (electric or otherwise) spend a much larger chunk of their time being stationary than on the move, this time could be spent slow charging.

Selling EVs with no fast charging capability would make them not only lighter, which has a whole host of benefits, but also cheaper and more simple to manufacture. Reginatto expresses her view that

Today, we buy a car based on the range it might need once a year when we go on a long drive, and the space we might need in it once a year, when we pack for our holidays, for instance.

But that attitude towards excessive consumption – or at least buying the most we will ever need – is shifting. Think of the weight of an on-board charger: 40kg! We spend millions trying to engineer 40kg out of a car, so if we can shift attitudes towards slower charging, there are huge potential benefits.

The same report quotes Reginatto as saying that in the age of electrification, Maserati will have a harder time marketing its vehicles, as opposed to engineering them. She says that it’s already easier to make really quick EVs, easier than making comparable ICE vehicles today, and that the manufacturer expects that 60 percent of its future buyers, the ones who will buy a Maserati EV, will be completely new to the brand.

It also sounds like Maserati is currently trying to redefine its image as it moves towards electrification, given that characterful combustion engines have always played a large part in making its vehicles appealing. She said

But that performance is a basic expectation of a Maserati buyer. What’s critical is combining it with luxury, and in the case of the Maserati Grecale SUV, using it to form a vehicle that is in some ways exceptional to drive every single day. We need to get that message across.

However, selling EVs that slow charge in today’s market context just seems like a bad decision. Many new EVs are already very quick to charge their batteries, and there’s definitely a race going on between the manufacturers to see who can get an even faster-charging platform out. In fact, in some market segments how quickly a vehicle charges seems to nowadays be more important than how quickly the vehicle accelerates.

We do understand where Ana Paola Reginatto is coming from, given that most sports cars will probably end up in a garage and won’t be driven as frequently as a regular car. If such a vehicle is kept in a garage it could be slow-charged all the time and still be ready to go when you want it to. But what about going cross-continent in a slow-charging EV?

Not having the ability to fast charge when you really need it would render such a vehicle practically useless at anything other than local driving for relatively short distances. Let us know your view on this matter in the comments section below.

eVTOL – Finding Solutions For The Solution