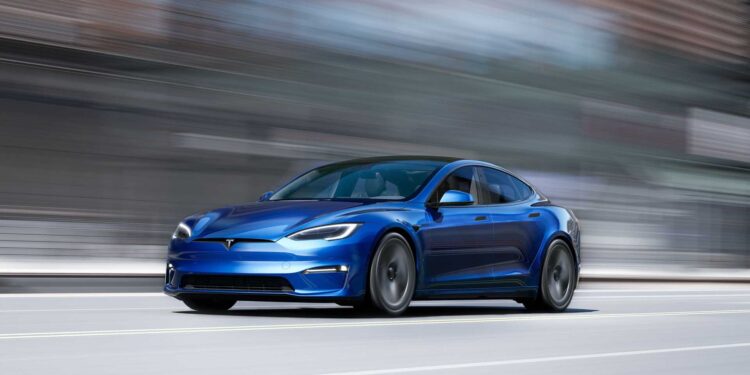 
Tesla is working every day on improving the Model S, constantly thinking of ways to make life easier for the owners of the decade-old vehicle. It’s something that long-time Tesla fans have known for a while, but now it’s been confirmed by none other than the company’s chief designer, Franz von Holzhausen.

The man who managed to break the Cybertruck’s armor glass during its reveal said in a recent interview with Ryan McCaffrey, who hosts the Ride The Lightning podcast, that he worked on the Model S just a day earlier.

“Even though we’ve just done a refresh, and it’s a big improvement on the car, we’re still looking at how do we continue to make it better,” he said, referring to the recent refresh of the all-electric liftback. The 2021 facelift brought new headlights and tail lights, and a heavily refreshed interior with a new center screen and a rear screen, among other things.

Talking about these improvements, von Holzhausen said it was something he and the team knew they wanted to do and took the opportunity to improve manufacturability, according to Teslarati. He added that it took “a fair amount of time” to do the whole refresh, later saying that the team probably worked on it for around a year.

At one point, the podcast’s host asks Tesla‘s chief designer how many times the Model S has been “completely redesigned under the skin” from its debut in 2012, to which von Holzhausen replied with “it’s kind of a blur, it’s constant improvements through the years, like we’ve improved seats over time. Yeah, I don’t know, it’s probably more than that,” referring to the host’s assertion that the car had two or three big redesigns over time.

In the same interview, Tesla’s lead designer talks about how “it makes sense” for the Cybertruck to get the controversial yoke steering wheel, but also about how the Tesla Roadster will be better in every metric than the prototype unveiled more than five years ago.

The whole interview is embedded at the top of this article, so go check it out and let us know what you think in the comments section below.