Tesla Roadster 2.0 To Improve On Every Metric Of 2017 Prototype 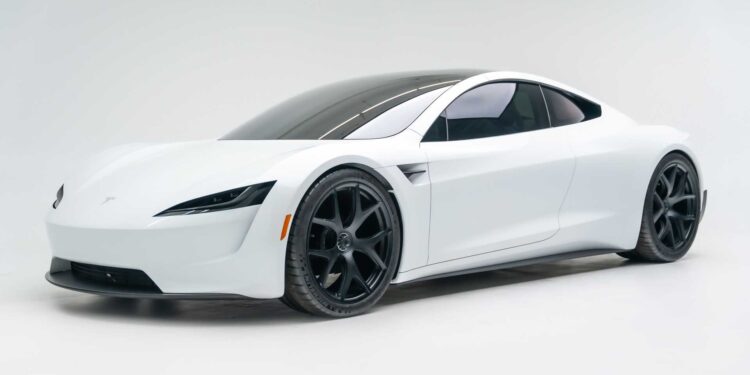 
When Tesla unveiled the second-generation Roadster prototype in 2017, it made some big promises when it comes to performance.

Tesla still sticks by these numbers on its website in the section dedicated to the Roadster, but the actual production car may surpass the prototype’s performance, according to design boss Franz von Holzhausen.

Speaking with Ryan McCaffrey, the host of the Ride the Lightning podcast, Tesla’s design chief shared some key insights into the long-overdue next-generation Roadster. Unveiled in late 2017 alongside the Tesla Semi, which started deliveries last month, the Roadster is yet to enter production. However, von Holzhausen promised it will be worth the wait.

He said the second-generation Tesla Roadster will be better in every metric than the prototype unveiled more than five years ago.

“We’re developing the car. I think you know we have priorities as a company, and the priorities are mass electrification. And Roadster is not a mass product. So unfortunately, you know it takes its kind of position, but we are working on it in earnest. And I think the time that we’ve taken has enabled us to really improve on basically every metric that we set out to establish when we first debuted that (car).”

The fact Tesla gave priority to the production of the Semi and Cybertruck and put the Roadster on hold should come as no surprise seeing as the sports car is more of a niche product.

As for the performance fans can expect from it, Franz von Holzhausen exemplified with the Model S Plaid, which has already matched some of the specs of the Roadster 2.0 prototype – the 0-60 mph and quarter-mile time – despite being a much heavier car.

“I think if you can just extrapolate the performance and the usability of a Plaid Model S, and you can imagine where that could go, then I think your imagination takes you where we’re headed as well, in the capability and how much better the Roadster will be and the weight will be absolutely worth it. If you think about it, a Plaid Model S, it basically hits all the metrics that we said the Roadster could do, which seemed impossible for a car at that time. So imagine. Let your imagination run a little bit.”

Unfortunately, von Holzhausen couldn’t give away any specific numbers, but his comments are clearly exciting. If only the Tesla Roadster had a production start date…