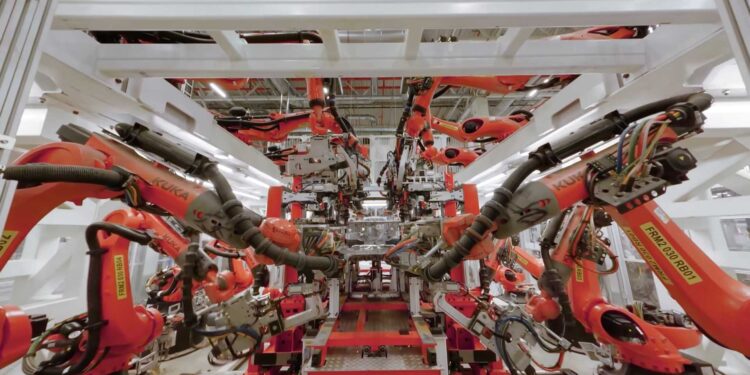 
Tesla has just issued a statement announcing a new Investor Day which it will hold on March 1, when it plans to talk about multiple topics, the most important of which seems to be the manufacturer’s new (third generation) platform. The company has mentioned it in the past, stating that it will cost half as much as the platform it currently uses to underpin the Model 3 and Model Y, and now it could also shed more light on the much talked-about $25,000 Tesla.

The announcement was very short but it does shed light on the main topics that will be discussed during the event. The company said

We plan to host Tesla’s 2023 Investor Day on March 1, 2023. The event will be live streamed from our Gigafactory Texas, with the option for some of our institutional and retail investors to attend in person (details to follow). Our investors will be able to see our most advanced production line as well as discuss long term expansion plans, generation 3 platform, capital allocation and other subjects with our leadership team.

We are quite sure Tesla is organizing this event, which will probably be different to the usual shareholder meeting, because of its falling stock price, which lost over 60 percent of its value in 2022. Elon Musk has shown optimism that this will change, but it looks like investors need additional reassurance, which they should get from this upcoming Tesla Investor Day 2023.

The big news here, though, is still the fact that the company directly mentioned its new and more affordable platform. It will be the basis for Tesla’s new entry level model, which according to some reports could be revealed as early as this year, although Elon Musk said in 2022 that the company wasn’t working on that model yet because it had redirected resources to the Optimus humanoid robot project and that it had taken priority.

But Musk never said Tesla wasn’t working on the platform to underpin the $25,000 model, just that the vehicle itself was not actively being developed. We therefore expect Tesla to share technical facts and specs for the upcoming platform, hoping that news of its development will help investors regain recently lost confidence in the company.