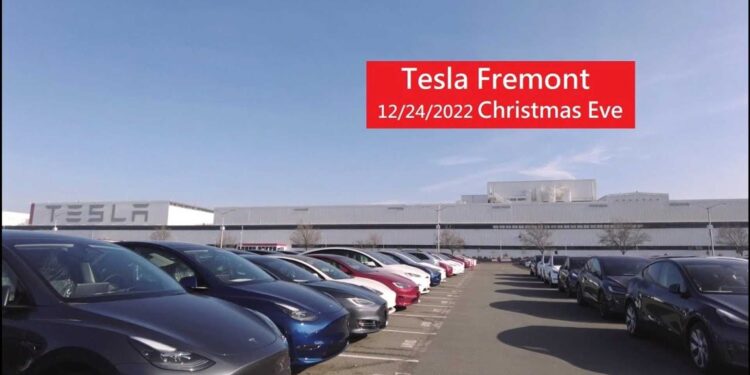 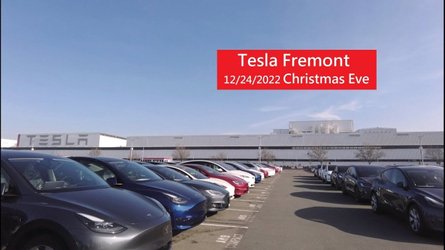 Tesla CEO Elon Musk has noted a few times in the past that the automaker aims to get away from the huge end-of-quarter and end-of-year delivery waves. It really shouldn’t matter if a car is delivered on December 31, 2022, or in transit to be delivered on January 2, 2023. However, the media and Wall Street put lots of emphasis on companies’ guidance and targets.

Tesla aims to increase its deliveries by around 50 percent year over year. The last few years have been rocky thanks to COVID-19 and the aftermath it caused. However, the US electric automaker has been able to stay ahead and prove its worth. That said, many recent developments point to a drop in demand, which means Tesla may be pushing even harder this year to achieve its earlier guidance.

Tesla is offering discounts and incentives on its vehicles in the US, which it hasn’t done in some time. It started offering perks in China that seemingly caused a wave of sales records, but it still came as a surprise to many that the carmaker started offering such incentives on our shores. Since then, inventory for the Model 3 and Model Y has become very thin in the States, but Tesla is still cranking out cars in an attempt to satisfy orders.

We hear plenty of talk about Tesla’s Giga Shanghai export hub, as well as its newest factories in Texas and Germany. However, there’s not as much focus on the original Fremont factory these days. Keep in mind that Tesla’s final year-end delivery push tends to focus on local deliveries in areas where EVs are in high demand, so ramping up and readying cars for delivery in California just makes sense.

As you can see from the video above, a recent flyover of the Fremont factory on December 24, 2022, reveals plenty of activity. There are many EVs that appear to be ready for delivery in outbound lots. Other vehicles are loaded on car carriers and some are leaving the factory for delivery.

Tesla is still in the process of upgrading and expanding several areas of the Fremont factory. It has made one of its Sprung structures permanent and is building another. A team of Giga Shanghai Tesla employees visited recently to help the automaker streamline and improve its production efforts even further. According to Teslarati, the team from China may actually still be on-site in Fremont helping with the end-of-year festivities.

In reality, none of this will matter much if Tesla fails to meet its delivery guidance for 2022. However, if the efforts in Fremont and abroad prove that the US EV maker can, once again, succeed amid adversity, it will be a big positive for Tesla. As we often say, it’s yet another waiting game. Scroll down to the comment section and let us know how you think 2022 will play out for Tesla.