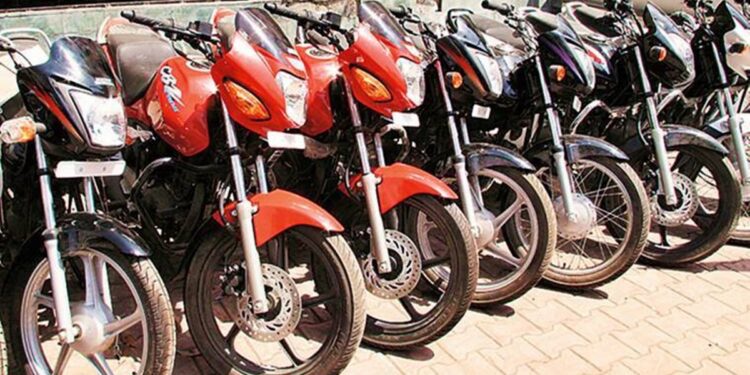 
Eleven two-wheeler manufacturers, together having a market share of around 95% in volume terms, would be conspicuous by their absence at the Auto Expo which begins from January 11.

The trend of shunning the Auto Expo, a biennial event organised by the Confederation of Indian Industry and the Society of Indian Automobile Manufacturers, was started by Bajaj Auto managing director Rajiv Bajaj way back in 2016 and was followed by Hero MotoCorp and Royal Enfield in 2018. TVS Motor and HMSI followed suit from 2020 onwards.

Bajaj was vocal about non-participation of his company, stating that since it was an established brand in the country, the high cost of participation in the expo didn’t serve any purpose.

However, consumers thronging to the expo won’t be a disappointed lot, as the space left by the big, legacy players has been taken up by 20-odd electric two-wheeler startups, including Tork, Matter and Ultraviolette. Further, legacy players like Suzuki Motorcycle India and Okinawa Autotech will be present.

Also read: The future of EV charging stations in India

Rajesh Menon, director general of Siam, told FE, “The show is all about experiencing new mobility trends and technologies, and what’s happening in the mobility space. From that perspective, there is enough and more participation at the Auto Expo 2023”.

Menon said that first floor of the India Expo Centre in Greater Noida, where the expo is being held, will be fully covered by EV startups. Legacy players may not have big stalls this time, but they are present. “TVS, Bajaj, Hero, Yamaha, Honda and Suzuki will be showcasing their flex-fuel working prototypes at the Ethanol Pavilion,” Menon said. “The aim of the show is to showcase new technologies and that aim is being fulfilled.”

There will also be a lot of focus on different powertrain technologies, from EVs to hydrogen (both hydrogen ICE and hydrogen fuel cell), and from gaseous fuels such as CNG and LNG to biofuels like ethanol. “There is a lot of investment happening in all these technologies and you will see that at the Auto Expo 2023,” Menon said.

The 2022 Mercedes-Benz EQS Is the Ultimate Luxury Electric Car