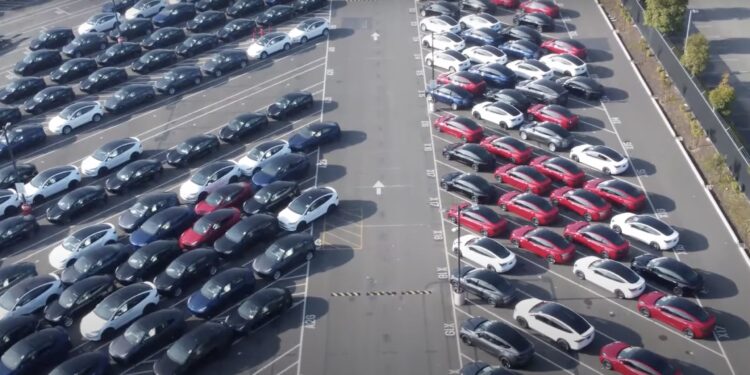 
Sales of electric vehicles in the United States grew by 65 percent in 2022, despite a decline in total new vehicle sales for the first time since 2011, new data shows.

New data from Kelley Blue Book shows that, for the first time in just over a decade, Americans bought fewer new cars than the year before. However, EV sales grew year over year by a significant margin: 65 percent.

Electric vehicle sales tipped 800,000 units and will likely continue to expand for years to come. Cox Automotive suggests EV unit sales will expand once again, and 2023 will be the first year that EVs will be sold over 1 million times.

Surged by government incentives like President Biden’s Inflation Reduction Act (IRA), which intends to push consumers toward EVs, 2023 could be the year of the electric car. With many manufacturers planning to roll out exciting and competitive models this year, one thing remains: Tesla still remains the EV King of the United States.

Despite a slight decrease in market share from 70 percent in Q1 to 58.3 percent in Q4, Tesla still dominates the U.S. EV market. Over the past few years, many companies have come with competitive and more affordable options, but car buyers are still tending to stick with Tesla based on EV tech, charging infrastructure, and performance.

Tesla is off to a hot start in 2023. After cutting prices in the U.S. market by as much as $13,000, demand seems to have increased as the company’s inventory is dwindling.

The Model 3 and Model Y were the automaker’s best sellers.

Some more positive news comes behind the average cost of an electric vehicle, which fell 5.5 percent last month to $61,448.