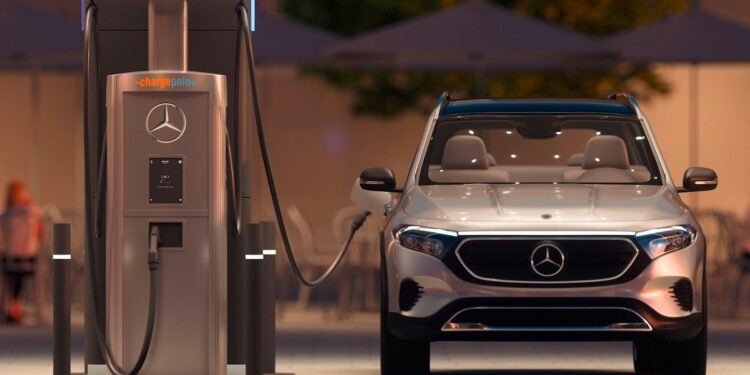 
Manufacturers are starting to play their part, recognizing that infrastructure, or a lack thereof, is slowing EV adoption. Mercedes-Benz announced last week the roll-out of a self-branded, 10,000-strong global charging network that will start in America this year, and VW’s subsidiary, Electrify America, is planning to add 6,500 chargers to its existing network by 2025.

But that network caters to only 1.9 million EVs currently in operation (as of October 2022), making up 0.7% of vehicles on American roads. S&P forecasts that by 2030, that percentage will swell to 40% or roughly 28.3 million EVs.