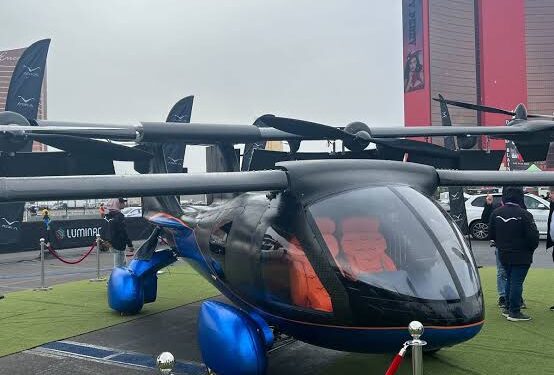 At CES, a person can easily witness high-tech innovations from a shape shifting screen from Samsung and a flying car. The world’s biggest consumer show electronic event is back and for the first  time prowling an actual convention floor in Las Vegas.

CES is back after the pandemic levels of intensity means there’s an enormous amount of tech to gawk at. There are high-tech electronics that will hit store shelves this year.

Flying cars is such a new concept and it’s a dream that comes true. Now, this is the time to realize the dream by Aska. The company is ready to reveal its A5 flying car at CES 2023. Aska has opened pre orders for the $789,000.

At CES 2023, Aska co-founder Guy Kaplinksky asked Federal Aviation Administration approval for the A5. Moreover, Aska hopes to use the A5 to start a ride sharing service in 2026.

Charge Your Laptop While You Pedal

Pandemic has opened the doors for work from home opportunities. In addition, treadmill desks are great but the stationery bike desks is something that is something great for burning calories.

Acer is the first one that to invent a new desk bike combo that enables power to the devices as you go. Acer is the first company in making the first bike desk of its kind to experiment with powering a whole workstation using kinetic energy.

Lenovo’s Yuga Book 9i is a triumph of screen real estate. It features two screen and multiple configurations (stacked side by side or vertically with the Bluetooth keyboard,turning one screen into its own haptic keyboard or touchpad etc). Moreover, the shapeshifting also comes with its own origami-style stand and active pen for taking full advantage of the dual displays.

A new handled gaming device is arrived in the market. The long-teased Razer edge allows Nintendo Switch and the Steam Deck a run for their money. The device is more a tiny Android tablet than Steam. Deck, copycat, but the specifications are very impressive. The price range start from $400 which is quite affordable.

The Tesla Of The Sea

As we all know, EVs have taken everyone’s attention these days. But why only for the roads?

According to CNET’s Bridget Carey, Candela’s C8 EV hydrofoll boat is a slick vessel that glides along the water like a flying carpet.

In addition, Candela’s C8 takes cues from Tesla in another key way. Its autonomous boating, where C8 can stick to a set course. The boat is made up of carbon fiber, including the seats,which explains the $390,000 price tag.

Sony’s First Car With Honda Is Coming In 2026

The electronic giant is teaming up with Honda on a new brand of electric vehicle. AFEELA logo appears on a media bar on vehicles front bumper. This helps in interacting with people outside the vehicle and share information such car’s state of charge and weather.

According to the Sony, the vehicle will hit the North America roads in 2026.

The Thinnest Gaming Laptop In The World

The Hyundai IONIQ 5: I Get It Now!

Check Out This New Account Of Tesla’s Deepest Roots