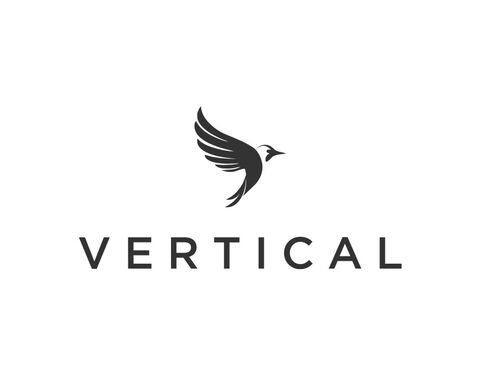 
LONDON, January 19, 2023–(BUSINESS WIRE)–Vertical Aerospace (Vertical) [NYSE: EVTL], a global aerospace and technology company that is pioneering zero-emissions aviation, today announces that it has secured a pre-delivery payment for the reservation of aircraft delivery slots from its existing customer, the leading Japanese trading and investment conglomerate, Marubeni Corporation [Marubeni].

Following the joint working group partnership with Vertical, Marubeni has reserved aircraft delivery slots for 25 out of its up to 200 VX4 conditional pre-orders and becomes Vertical’s first customer in Asia to make a pre-delivery payment.

Vertical and Marubeni previously announced a partnership in September 2021 for conditional pre-order options of up to 200 aircraft, and joint evaluation of the requirements for eVTOL aircraft operations in Japan, as well as commercial considerations such as route and network planning and infrastructure requirements.

Stephen Fitzpatrick, Vertical Founder and CEO, said “We are delighted to have reached the next milestone in our partnership with Marubeni. Japan is a wonderful country which is embracing the promise of eVTOL, as it will connect cities and regions like never before. We look forward to our joint efforts to build the ecosystem for zero-emissions travel in Japan.”

Satoshi Takechi, General Manager, Aviation, Space & Defense Dept. said “We are proud to have taken another major step with Vertical Aerospace to introduce VX4 in Japan. I am confident that our continued joint efforts with Vertical Aerospace, such as evaluating the requirements for eVTOL operations and engaging the potential partners under the Joint Working Group, together with this new agreement, will accelerate the development of the AAM market in Japan. Marubeni will further enhance activities to materialize our business, which aims to make air travel more accessible and convenient, while simultaneously contributing to climate change mitigation measures, including low-carbon and decarbonization initiatives.“

Vertical Aerospace is pioneering electric aviation. The company was founded in 2016 by Stephen Fitzpatrick, an established entrepreneur best known as the founder of the Ovo Group, a leading energy and technology group and Europe’s largest independent energy retailer. Over the past five years, Vertical has focused on building the most experienced and senior team in the eVTOL industry, who have over 1,700 combined years of engineering experience, and have certified and supported over 30 different civil and military aircraft and propulsion systems.

Vertical’s top-tier partner ecosystem is expected to de-risk operational execution and its pathway to certification allows for a lean cost structure and enables production at scale. Vertical has a market-leading pre-order book by value for more than 1,400 aircraft from global customers creating multiple potential near term and actionable routes to market. Customers include American Airlines, Virgin Atlantic, Avolon, Bristow, Marubeni, Iberojet and FLYINGGROUP, as well as Japan Airlines (JAL), Gol, Air Greenland, Gozen Holding and AirAsia, through Avolon’s VX4 placements.

Having been issued with its Permit to Fly from the UK’s Civil Aviation Authority in September 2022, Vertical’s VX4 prototype has successfully undertaken piloted flight tests. The flight test programme will continue over the coming months, reaching higher altitudes and speeds, as well as demonstrating the transition from vertical to horizontal flight.

Vertical’s ordinary shares and warrants commenced trading on the NYSE in December 2021 under the tickers “EVTL” and “EVTLW,” respectively.

About the VX4 eVTOL Aircraft

The VX4 is projected to be capable of transporting a pilot and up to four passengers, traveling distances of 100 miles, and achieving top speeds of over 200 miles per hour, while producing minimal noise and zero operating emissions. The VX4 is expected to open up advanced air mobility to a whole new range of passengers and transform how we travel. Find out more: vertical-aerospace.com

This press release contains forward-looking statements within the meaning of the Private Securities Litigation Reform Act of 1995. Any express or implied statements contained in this press release that are not statements of historical fact may be deemed to be forward-looking statements, including, without limitation, statements regarding the conditionality of pre-orders and commitments, which may be terminated at any time by either party and that pre-delivery payments may be fully refundable upon certain circumstances, certification and the commercialization of the VX4 and related timelines, the differential strategy compared to its peer group, the features and capabilities of the VX4, the transition towards a net-zero emissions economy, expected financial performance and operational performance for the fiscal year ending December 31, 2022, as well as statements that include the words “expect,” “intend,” “plan,” “believe,” “project,” “forecast,” “estimate,” “may,” “should,” “anticipate,” “will,” “aim,” “potential,” “continue,” “are likely to” and similar statements of a future or forward-looking nature. Forward-looking statements are neither promises nor guarantees, but involve known and unknown risks and uncertainties that could cause actual results to differ materially from those projected, including, without limitation: Vertical’s limited operating history without manufactured non-prototype aircraft or completed eVTOL aircraft customer order; Vertical’s history of losses and the expectation to incur significant expenses and continuing losses for the foreseeable future; the market for eVTOL aircraft being in a relatively early stage; the potential inability of Vertical to produce or launch aircraft in the volumes and on timelines projected; the potential inability of Vertical to obtain the necessary certifications on the timelines projected; any accidents or incidents involving eVTOL aircraft could harm Vertical’s business; Vertical’s dependence on partners and suppliers for the components in its aircraft and for operational needs; the potential that certain of Vertical’s strategic partnerships may not materialize into long-term partnership arrangements; pre-orders Vertical has received for its aircraft are conditional and may be terminated at any time by either party and any pre-delivery payments may be fully refundable upon certain circumstances; any potential failure by Vertical to effectively manage its growth; the impact of COVID-19 on Vertical’s business; Vertical has identified material weaknesses in its internal controls over financial reporting and may be unable to remediate the material weaknesses; Vertical’s dependence on our senior management team and other highly skilled personnel; as a foreign private issuer Vertical follows certain home country corporate governance rules, is not subject to U.S. proxy rules and is subject to Exchange Act reporting obligations that, to some extent, are more lenient and less frequent than those of a U.S. domestic public company; and the other important factors discussed under the caption “Risk Factors” in our Annual Report on Form 20-F filed with the U.S. Securities and Exchange Commission (“SEC”) on April 29, 2022, as such factors may be updated from time to time in Vertical’s other filings with the SEC. Any forward-looking statements contained in this press release speak only as of the date hereof and accordingly undue reliance should not be placed on such statements. Vertical disclaims any obligation or undertaking to update or revise any forward-looking statements contained in this press release, whether as a result of new information, future events or otherwise, other than to the extent required by applicable law.

Woman Sure Tesla Model 3 Runs On Gas, Is Determined To Fill It Up

Woman Sure Tesla Model 3 Runs On Gas, Is Determined To Fill It Up