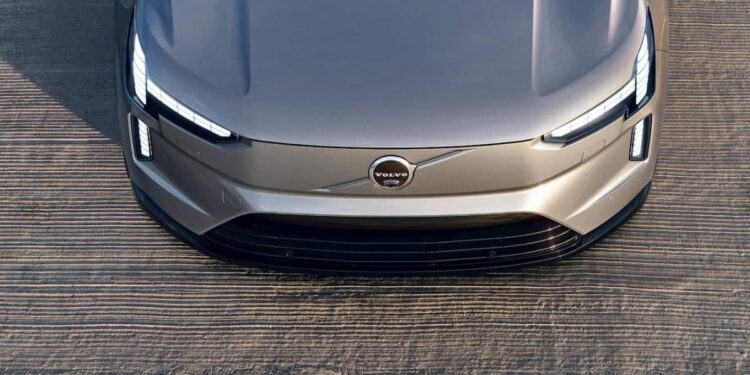 
Volvo revealed it’s working on its first electric minivan during a recent media briefing. Although the vehicle is expected to launch in China this year, it’s unclear whether it will make its way to the United States.

The new electric Volvo was unveiled by Qin Peiji, president of Volvo Cars Greater China, during a slide presentation highlighting the company’s electric journey so far.

The slide showed six Volvo EVs, including the XC40 and C40, which are already on the market. The presentation also included the EX90 and three other electric vehicles set to be released later this year, including the:

According to Car News China, the electric Volvo minivan (MPV) will be based on the Zeekr 009 (pictured below), an all-electric MPV with over 500 miles of range on a single charge, all-wheel drive and 536 hp that starts at around $87,000.

Volvo and Zeekr are both owned by Geely, so using the EV as a base will help streamline production. The Volvo MPV will ride on Zeekr’s SEA EV platform, but the company will give it a unique appearance. The vehicle is expected to debut in “semi-concept” form in the third quarter, while the production model will launch in China in Q4.

Meanwhile, the small Volvo SUV will be based on the upcoming Zeekr 003, and the Volvo EX90 Excellence will be an “ultra-luxurious” version of its EX90 SUV. The Excellence will feature large captain seats with two rows and four seats rather than a three-row, seven-seater configuration.

Volvo has not said whether the electric minivan will be sold outside of the China, so for those of you minivan fans, don’t get your hopes up yet.

At the same time, they are not denying it. And perhaps, more importantly, all the other EV models on the list are offered in the United States, so why not? We’ll likely know more as the vehicle gets closer to production.

What do you guys think? Should Volvo bring its electric minivan to the United States?