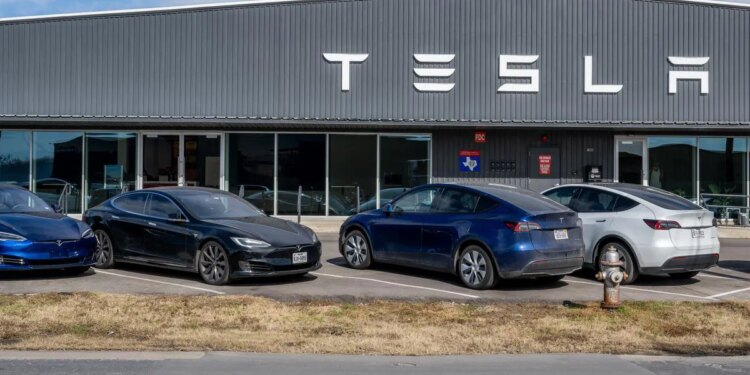 
It was, as a summation of the appeal of Tesla, hard to beat. I was reading about electric cars on Reddit, and found myself wondering, with no small amount of jealousy, how one poster in particular had not just one but two of the high-end vehicles.

The answer? He had bought Tesla stock early and often, and ended up quite rich because of it.

Here was the virtuous circle of a belief in Tesla on full display: buy in to the vision of Elon Musk’s company as the future of everything, and you too could buy a car. Or, in this case, two.

That dream is now deferred, if not dead. Tesla stock has crashed over seventy per cent in the past year, in part because investors feel CEO Elon Musk appears to be preoccupied with Twitter. Worse, sales of Teslas have failed to meet the expectations of those inside the company and of analysts.

What’s more, traditional car companies have finally woken up and are beginning to compete.

In short, if Tesla once seemed like the future of everything, a company led by a visionary that would usher in a new era of clean energy, it now seems like merely another car company, hardly “failing,” but ordinary just the same.

Perhaps most surprising is that at the root of all of this, Tesla is facing a demand problem.

It is not that Teslas are not selling. Rather, the 1.3 million cars the company sold in 2022 was short of the 50-per-cent growth target both it and analysts set for the company.

Demand appears to be weakening, in part, driven by the spike in interest rates that has affected lease and financing rates, and general financial uncertainty that makes buying a $70,000-Tesla a much dicier proposition.

Slackening demand for Teslas, however, is not all that is at play.

North American buyers are beginning to gravitate to other offerings, such Ford’s Mustang Mach E, or Hyundai and Kia’s well-reviewed Ioniq and EV6 models. Meanwhile, European and Chinese buyers are increasingly flocking to their respective domestic brands; VW, BMW, and Mercedes are growing rapidly in Europe, eclipsing Tesla in some countries, while Chinese brand BYD has started to outsell the company in China, a key market.

With deadlines for the end of sales of gas-powered cars approaching, the electric car is shifting from futuristic specialty item to commodity.

That’s great news for the future of electrification, but it makes Tesla’s aim of differentiation much harder, particularly as its advantage of a proprietary supercharger network gets eroded by growing investment in charging infrastructure.

If it’s worrying Elon Musk, it’s not showing; he told staff just last week to ignore stock-price fluctuations, and repeated his assertion that Tesla would go on to become the most valuable company in the world.

But it’s hard to see how Tesla might reach those grand ambitions.

For one, Tesla’s competitors are only at the beginning of their electric vehicle (EV) transition. If another company, such as VW, beats Tesla to a car price more for the mass market, then Tesla will struggle to maintain its huge lead, especially if the expected economic downturn comes to pass and buyers shy away from Tesla’s expensive lineup.

More broadly, Tesla’s huge valuation and the idea that it would utterly dominate was always based on the idea that there was a mysterious “something else” beyond just cars waiting around the corner — that the genius of Elon Musk would produce fleets of autonomous vehicles, or a complement of clean-energy tech that would encompass much more than a drive to the grocery store.

Yet, both that dream and the genius of Musk seem far more dubious than they once did. Autonomous driving is a far harder problem than anyone realized, and Musk’s promises of “full self-driving” remain unfulfilled. Tesla’s solar roof tiles never really materialized and the focus on clean energy has all but dissipated.

Meanwhile, Musk’s tenure at Twitter, to make no mention of his tweets, has seriously undermined his reputation as a brilliant visionary. And this is all to say nothing of a growing movement casting doubt on the very idea that a car-centric lifestyle represents the future at all.

Yes, it’s true, in many markets, Tesla still vastly outsells its EV competitors and Tesla customer satisfaction remains the highest in the industry.

Yet even that isn’t a recipe for a world-changing company or one that might usurp Apple or Exxon. Rather, it’s simply a model for a car company, a fine one, even a successful one, but just a car company all the same.

Navneet Alang is a Toronto-based freelance contributing technology columnist for the Star. Follow him on Twitter: @navalang

Anyone can read Conversations, but to contribute, you should be a registered Torstar account holder. If you do not yet have a Torstar account, you can create one now (it is free)

Conversations are opinions of our readers and are subject to the Code of Conduct. The Star does not endorse these opinions.

2024 Hyundai Kona: Everything You Need to Know – Autoweek