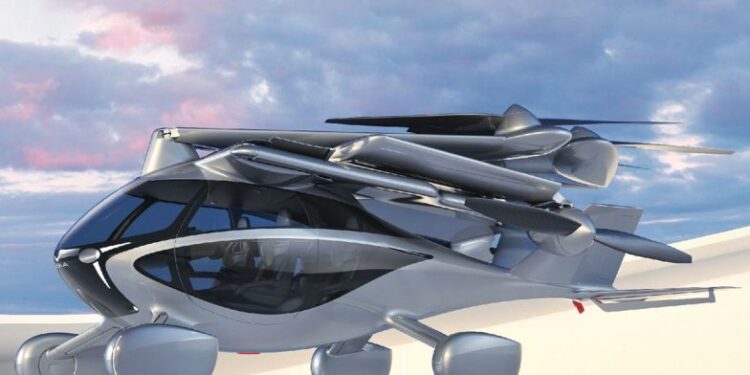 The ASKA A5 is the world’s first four-seater flying car that can travel by road, and up to 250 miles by air on a single charge. EV Charging Stations in US: Mercedes-Benz, MN8, ChargePoint Partner for Project Worth $1 Billion, To Install 400 Fast Electric Vehicle Charging Hubs.

The company is also announcing the ASKA On-Demand ride service, which will feature a fleet of ASKA vehicles operating on-demand in major cities and their surrounding areas and is expected to launch in 2026.

“Our unveil at CES represents something that has never been accomplished in the world, but which humans have dreamed of for decades: a fully functional, full-scale prototype of a Drive & Fly electric Vertical Takeoff and Landing, a real flying car. We’re making history with ASKA and defining the next 100 years of transportation,” Guy Kaplinsky, CoFounder/CEO, ASKA, said in a statement.

Moreover, to perform a vertical take-off or landing, the flying car requires only a compact space, such as a helipad or vertiport.

The vehicle also fits into existing parking spaces and can be charged at home and at EV charging stations, according to the company.

The company said that the vehicle is also built to meet the highest safety standards.

ASKA, for example, has large wings that can glide the craft to a safe landing in the event of an emergency. CES 2023: Samsung Unveils Smartphone OLED Display With Peak 2,000 Nit Brightness.

It is powered by two sources of energy — batteries and an engine. The six propellers, one on each wing, provide additional redundancy for safe landings.

In the event of an emergency, ASKA includes a ballistic parachute to save the entire aircraft, said the company.

The ASKA A5 is targeted for commercialisation by 2026, however, pre-order reservations are now being accepted at the official site of the company, the company added.

(The above story first appeared on LatestLY on Jan 07, 2023 08:20 AM IST. For more news and updates on politics, world, sports, entertainment and lifestyle, log on to our website latestly.com).

Mercedes-Benz to Build Its Own EV Charging Network