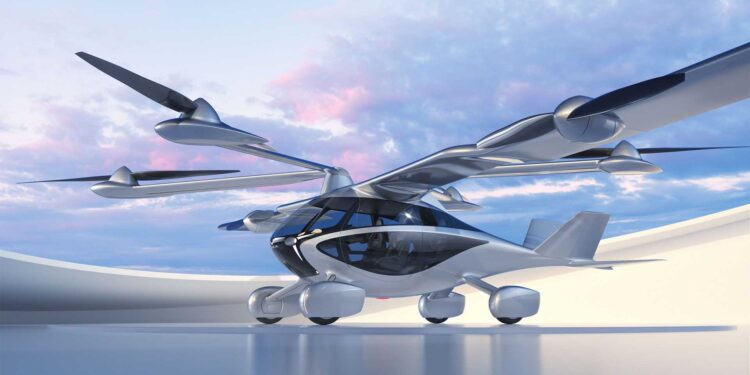 
It wouldn’t be CES without some kind of flying car proposal presented to the public, and this year it comes courtesy of Aska. Founded in 2018, the California-based company is new to the scene but it’s not simply parading digital renderings that often become vaporware. On display at CES 2023 is a fully functional prototype called the A5, ready to hit the road and skies in a single bound.

Aska says the A5 is the world’s first drive-and-fly eVTOL vehicle. That acronym identifies it as a vertical take-off and landing EV, but it’s not entirely electric. A gasoline engine running on premium fuel serves as a range extender, giving the A5 an airborne range of 250 miles. Aska doesn’t list its range on terra firma.

Like many other flying car concepts we’ve seen previously, the A5 is more like an airplane for the road versus a car for the sky. Large wings retract in driving mode, with power going to all four wheels. Performance figures aren’t mentioned, nor do we know tidbits like horsepower ratings or battery capacity. Aska tells us the A5 is roughly the size of an SUV, boasting a snazzy interior large enough to carry four passengers in comfort. Dimensions and features aren’t offered, but photos show a largely digital cockpit with a Tesla-style yoke for a wheel.

As far as flying goes, the A5 can take off vertically using its six tilt-rotor propellers. With its large wing it can also ascend like a conventional airplane, which requires less power to get airborne. The wing also acts as a backup in case of engine failures, allowing the A5 to glide back down. If things get really bad, Aska includes a parachute large enough to bring the entire vehicle safely to the ground.

Following its debut at CES 2023, the Aska A5 will begin flight testing. It’s already been accepted through the FAA for certification, and if all goes well, buyers could be flying and driving to work in 2026. Of course, that depends on the vehicle being certified, and the driver would need a pilot’s license before leaving the ground.