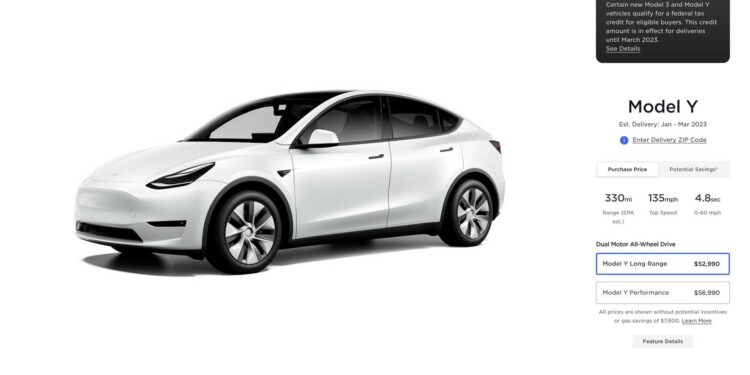 
Tesla has just cut the purchase price for the Model 3 and Model Y in the United States by quite a significant margin. Some variants are up to 20 percent cheaper to buy than before and while it may be a bitter pill to swallow if you just took delivery of Model 3 or Y, it will certainly help spur demand.

The EV manufacturer had a good 2022 with a solid fourth quarter, but its delivery numbers in the US didn’t quite live up to analysts’ predictions. This lowering of prices for its entry level offerings could be a sign that Tesla wants to make sure it bolsters demand in order to meet its sales target for the year, reassure investors and stop its stock prices from falling further.

Keep in mind, though, that these big price cuts come after a year of price increases, that brought all models’ prices to never-before-seen levels. The manufacturer hopes that this will allow its vehicles to remain America’s most popular EVs in the face of ever more talented rivals being launched.

Buying my mom an electric car… But which will she choose?