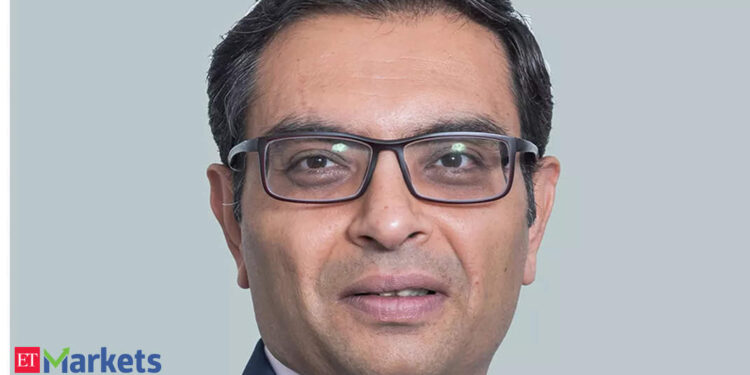 “The direct opportunity for investing in renewable energy companies is not very big. One could play it through a company like because they are attacking the entire value chain. That is one way to do it. But there are a lot of other companies in the ecosystem which will benefit out of that. Maybe a typical auto ancillary may supply to a renewable energy company, says Hiren Ved, Co-founder, CEO, & CIO, Alchemy Capital.

Energy and energy transition, whether it is solar or gas, ultimately we are going towards a cleaner source. We are looking at more energy efficiency after the so-called Ukraine and Russian war. For an investor, it is a big picture theme, the next multi-year multi-billion dollar capex cycle. What is the best way to bet on it and are not markets already factoring in what you are indicating?
No because there are far fewer plays that you can do in renewable energy today. The direct opportunity set is not very big. You could play it through let us say a company like Reliance because they are attacking the entire value chain. That is one way to do it. But there are a lot of other companies in the ecosystem which will benefit out of that. Maybe a typical auto ancillary may supply renewable energy. Bharat Forge for example, I mean they could supply to the oil and gas industry, but they could also supply castings and forgings for windmills for example. So, you may have to find indirect plays which will benefit from the capex spending in renewable energy.

What are your indirect plays in energy?
I think there are quite a few engineering companies, there are turbine companies and then there is somebody like Reliance which you can look at if you want to play the entire value chain.

Now EV, another transition, global capex cycle is on whether it is ancillary, whether it is real capex in batteries and other and EV related assembly lines. How are you betting on this theme? Are you looking at direct plays, indirect plays?
Again I mean you could play it through some OEMs which have taken a lead in EV but a better way to play that is to play component suppliers into the EV theme and we have done that early by betting on some of the ER&D software companies.

will qualify?
Elxsi, KPIT are classic two examples of companies that benefit from this whole electric vehicle revolution around the world because they are not limited to India. They are supplying software and technology to all the OEMs around the world so the globe is their market and this is a global opportunity, not just an India opportunity.

« Back to recommendation stories

A large part of last year was consumed in understanding fintech or consumer tech. There has been an boom and a bust cycle for some of them. Could 2023 be a year of revival for them?
I think so. We have had a very euphoric IPO debut for many of these companies and now from darlings they are the ugly ducklings of the market. Everybody wants to kick them and partly rightly so because the valuations were very exorbitant and also the macro backdrop has changed. There is no more free money available and therefore profitability and cash flows which have always been important are even more important now and therefore we find that each of these companies have started giving guidance of when these companies will start becoming profitable.

I think it will be quite interesting that in 2023 some time, we will be able to pick some of these companies because they have built real businesses, it is not that they have not built real businesses. But there were two problems; one was that capital allocation was very liberal. They were trying to do everything because money was easily available and they kept spending, kept experimenting. Now companies are focussing on being profitable and generating cash flows.
We have to see whether there is a capital allocation discipline. The other problem really is the supply. Everybody is trying to rush out of the door, the PE investors, the first round investors, the last round investors, the founders sometimes. One never knows. There is just a surfeit of supply of stocks and traditionally, we have always looked for companies where we say that these companies would not raise too much equity and we would not keep coming to the markets to keep diluting their equity. But that is not the case.

We have to sort out some of those things and maybe excessive supply will give us a better entry opportunity in some of these companies. It is definitely a place to look for because I do not think anybody is funding the next food delivery guy or the next fintech guy. So whoever survives and gets to profitability and builds a solid business will see value creation. We have to negotiate the massive supply which keeps coming in these companies.

Which one is your favourite among , , and ? These are four which have been the most talked about IPOs? Have you added more Zomato?
We own Zomato in some of our offshore portfolios directly but in our domestic portfolios we own it via InfoEdge. We own both Policy Bazaar and Zomato via InfoEdge. We thought that was a cleaner way to play because a) you have the cash flows of Naukri but you have the upside of some of these companies which are– there is some valuation which you can build for these businesses as they bottom out from here and start growing. So I think we will look at all the four, five which are there and there will be a great opportunity to get into some of these at some point in time.

The current decline is not a great opportunity. Do you think that they can fall a bit more?
Yes, it is going to be difficult to exactly time the bottom but I think sometime during 2023 would be a great time, you will get a great entry point in some of these businesses. And it is okay, I do not want to be the guy who buys at the bottom. It is better to have conviction on the path towards profitability and then buy a little bit higher. That is fine because the runway for growth is many, many years. It is not going to go away tomorrow.

Any other IPO which comes to your attention? We have spent a lot of time in analysing and over-analysing and sometimes over discussing the 4-5 fintech companies because they have been poster boys but there has been a raft of IPOs from the manufacturing, microfinance, FMCG spaces. Companies like Bikaji have gone public. Anything else which caught your attention in terms of a small company which could be big in the next three years?
We have been very selective in trying to capture opportunities in IPOs. My view is that the best time to invest in an IPO is when the markets are in shambles because that is the time when you probably get better valuations. I do not think that was the case. We have been very selective and we have not actually participated in many IPOs in 2022.

The only one which we did in the recent past was Ethos, which we thought was very interesting because the whole luxury retailing space in India is very nascent and growing and they have done a phenomenal job. We used to own the parent company called KDDL which is into manufacturing and then the subsidiary got listed which is Ethos which is into luxury retailing. I think they are in a sweet spot. In the next few years, they can compound at 20% plus. We found that interesting because we had a long history of knowing that company for a long period of time. But in most of the other cases we would wait and watch, let a couple of quarters go by, get to understand these companies better and then look at investing in them.

The history of IPOs has not been so good. You get a great flash in the initial few quarters and then very few of them have been able to sustain that valuation. So the real price discovery happens after the first two, three quarters and markets will always give you a chance so for us IPOs is a good time to keep researching and following these companies not necessarily diving into them.

In these two, there is a very long-term trend and we will find more companies over the next couple of years where we will be able to bet directly. But right now, the most efficient way to play this theme is to do it indirectly. It is like a pick and shovel approach, You do not want to buy the diamond company but you want to buy the guy who is mining the diamond and I think you have to do the same thing when it comes to these two themes.