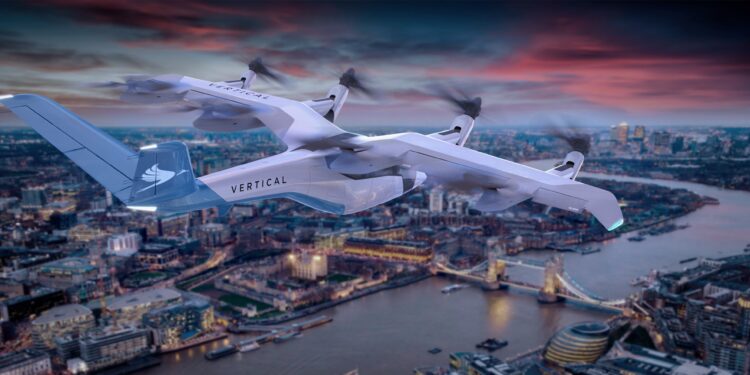 
The three largest airlines in the U.S. are now all investors in startups making electric vertical takeoff and landing aircraft, or eVTOLs, betting on a far-fetched future where passengers take flying cars, instead of ground transportation, to travel between their homes and airports.

Delta Air Lines, the nation’s largest air carrier by revenue, announced on Oct. 11 it invested $60 million in Joby Aviation, a Silicon Valley air taxi startup, and formed a five-year partnership to operate the company’s future eVTOLs as part of the Delta fleet. Delta has also committed to investing another $140 million if certain delivery milestones are met.

Delta joins United Airlines and American Airlines in a growing list of commercial air services with stakes in eVTOL startups. American has invested $25 million in U.K.-based Vertical Aerospace and ordered 50 unbuilt eVTOLs from the company. United has put down deposits for 200 eVTOLs made by Eve Air Mobility, a Brazilian company with operation in Chicago, and 100 by California-based Archer Aviation. United has also invested $15 million in Eve Air and $10 million in Archer.

eVTOLs are essentially electric helicopters, designed to transport two to four passengers for short-distance flights. They don’t require runways and are up to 50 percent quieter than traditional helicopters, making them a suitable vehicle for city use. Some prototypes under development don’t even require a human pilot—a feature that could significantly reduce operation costs in comparison with helicopters.

The Joby partnership is part of a “premium home-to-airport solution” Delta has been researching for years, CEO Ed Bastian said in a statement. He estimates replacing conventional ground transportation modes with eVTOLs could cut travel time to airports by half. Initial service will be available in New York City and Los Angeles, with possibilities to expand to more markets, according to a press release.

“It’s great advertising for high-end airline customers at a reasonable price,” said Richard Aboulafia, a managing director at AeroDynamics Advisory, a Michigan-based consulting firm. Joby and Archer have said they can offer urban air taxi service at a price comparable to Uber, at a few dollars a mile.

EVTOL makers need to obtain multiple Federal Aviation Administration certificates before they can produce aircraft in volume. The FAA also needs to write new rules for regulating the operation of air taxi, including where they are allowed to take off and land.

However, commercialization is years away. Joby and Archer aim to launch service in 2024; Vertical Aerospace is targeting 2025; while Eve Air Mobility doesn’t expect its first deliveries to United until 2026. With the exception of Eve Air Mobility, all of these companies have successfully test flown unpiloted prototypes.

Globally, there are more than 200 companies developing eVTOLs, according to the Institute of Electrical and Electronics Engineers, a professional association for engineers. Interest in this new mode of transportation has exploded in the past decade thanks to a wave of venture capital funds from tech’s big names, such as Google cofounder Larry Page and LinkedIn cofounder Reid Hoffman.

Gary Gysin, CEO of Wisk Aero, an eVTOL maker spun off from Page’s Kittyhawk, estimates only four or five companies will make it to the production stage. “It’s not the kind of game where you put some money in and get a return in two or three years,” Gysin told Observer in an interview last year.

“I suspect a few [eVTOL companies] will make it, even if hundreds fail,” Aboulafia said.

“I think it’s a mob mentality to think that anything with an electric motor is going to save the environment,” said Mike Boyd, president of Boyd Group International, an aviation consulting and research firm.

“The big question here is: Where are these companies going to get their batteries from and at what cost?” Boyd added, alluding to the fact that some key raw materials of electric vehicle batteries, including cobalt and lithium, are mainly sourced from ethically questionable mines in underdeveloped countries.