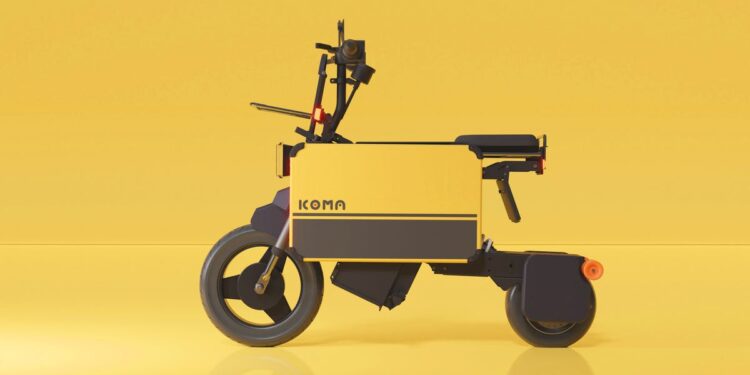 
You might think of CES as being filled with TVs, laptops, smart home gear and all sorts of wacky miscellaneous gadgetry. But the annual tech show in Las Vegas is also a huge car tech show. And with people more environmentally aware than ever, it’s a no-brainer to see more electric vehicles and related innovations at CES 2023. Here are some of the best.

The Vision EQXX concept car was designed from the ground up and can travel up to 620 miles on a full charge without adding additional bulky batteries, making this concept car the most efficient Mercedes to date. The EQXX has an AI avatar like K.I.T.T. from Knight Rider, only more futuristic; all of this is on a single free-floating display. I need to figure out which I find more attractive, the interior or the exterior.

The Verge TS line is coming to the US in 2023. The high-end Ultra will have a top speed of 124 mph and be able to charge quickly in 25 minutes, making it the coolest bike on the block. With an estimated 233 miles on a full charge, the Ultra puts out 201 horsepower. The bike can go 0-60 mph in 2.5 seconds. The motor is located in the rear rim, giving the bike a lower center of gravity and allowing for a larger battery in the bike frame. The Ultra will cost you $44,900. If that’s too rich for your blood, there are two other models: the TS Pro for $29,900 and the TS for $26,900.

Who needs an outlet when you have a Squad?

The Squad is a two-passenger car with a small solar panel on its roof that offers up to 19.2 miles on a sunny day. The golf cart-style vehicle can travel up to 60 miles on a single full charge. The powertrain consists of two 2-kilowatt rear in-wheel motors powered by four 1.6kWh batteries that are swappable. It has a top speed of just under 30 mph. The car has four-wheel disc brakes, seat belts and a roll cage for safety. It may not be the sportiest car on the block, but it saves you money both at the pump and with its US price of $6,250.

Ride a bike in the snow

The Moonbike is a 163-pound rideable that’s part snowmobile, part bike. It can support a rider weight of 264 pounds, puts out 170 nm of torque and hits a top speed of 26 mph. The latest Moonbike adds mobile support for its products, with an iOS and Android app that allows riders to track their trails and altitude, and connect with other moonbikers. The bike is currently retailing for $8,900.

Technology can be so impersonal. BMW’s i Vision Dee hopes to fix that. Using sophisticated AI, this concept car ditches the servant schtick of Siri and Alexa. Instead, it hopes to double as both your car and your friend. The i Vision Dee is an EV sports car with an exterior made up of 240 E Ink panels. You can use those panels to program a digital face into the car’s grille — because it’s an EV, the ventilation that a grille typically provides isn’t needed — or change the car’s colors at the click of a button.

The BMW i Vision Dee is for now, just a concept, but some of its features will trickle out to BMW’s actual cars. BMW CEO Oliver Zipse said, for instance, that the AI-powered HUB technology the company put into the i Vision Dee will come to real cars in 2025. — Daniel Van Boom

A flying car is actually happening, for real this time

We’ve been waiting on flying cars since at least the Jetsons, and we now appear on the precipice of realizing that dream. And by “we” I mean a company called Aska, which revealed its A5 flying car at CES 2023. It’s more than a concept: Aska has opened preorders for the $789,000 vehicle. At CES 2023, Aska cofounder Guy Kaplinsky said Federal Aviation Administration approval for the A5 could happen “within a month.” Aska hopes to use the A5 to start a ride-sharing service in 2026. — Daniel Van Boom

Read more: This $789,000 Flying Car Could Get Off the Ground Faster Than You Think

The Tesla of the sea

As you’ve probably noticed, EVs are hot right now. But why stop on the roads? Candela’s C8 EV hydrofoil boat is a slick vessel that glides along the water like a flying carpet, according to CNET’s Bridget Carey. Apart from making EVs sexy, Candela’s C8 takes cues from Tesla in another key way: Its autonomous boating, where the C8 can stick to a set course. The entire boat is made of carbon fiber, including the seats, which explains the $390,000 price tag. — Daniel Van Boom

EVs are big business, and Sony wants in. The electronics giant is teaming up with Honda on a new brand of electric vehicle called Afeela. The Afeela logo appears on a narrow screen, or “media bar,” on the vehicle’s front bumper. This can also interact with people outside the vehicle and share information such as the weather or the car’s state of charge.

Unlike the car Sony showed off at CES 2020, all those years ago, this one is actually hitting the market. No word yet on pricing, but Sony said its Afeela car will hit North American roads in 2026. Japan and Europe will follow. — Daniel Van Boom

A Transformers-inspired bike that fits under a desk

Is this electric bike more than meets the eye? There’s little risk of confusing the Tatamel with a robot in disguise, but it isn’t often you see an electric bike that can fold up like a Transformer to the size of a suitcase and fit under a desk. At CES 2023, that’s exactly what Japanese company Icoma showed off with the Tatamel. It’s more than a last-mile bike, too. Its electric battery pack can be used to charge devices, which can be handy in an emergency.

Read more: A Transformers-Inspired EV Bike That Folds Up to Fit Under Your Desk