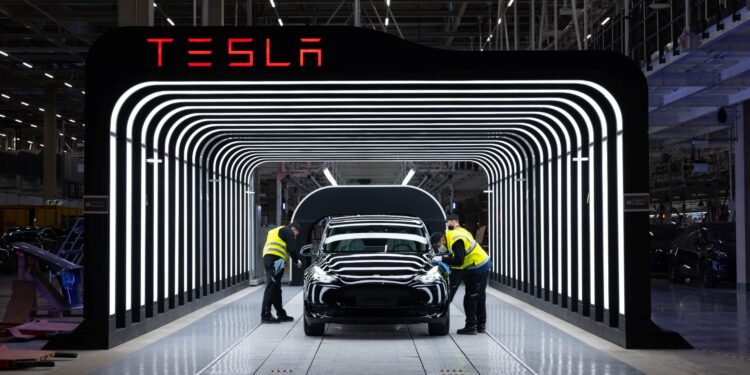 
The Tesla Model 3 and Model Y officially qualify for the maximum subsidy across each trim level, qualifying the vehicles for up to €6,750 in discounts.

Tesla vehicles had previously qualified for a reduced subsidy, but then its price increases essentially disqualified the vehicles from receiving any of the discounts, to begin with.

However, Tesla has slashed prices in many markets, including Europe, which has requalified the vehicles for the tax credit:

It’s official: #Tesla Germany confirms that both #Model3 and #ModelY will get the maximum subsidy in 🇩🇪 for all Model upgrades, so also LR and Performance. After Tesla’s price cuts, the Model 3 is thus available from €40,470, the Model Y from €41,370🥳

As of January 23, BAFA, the German Federal Office for Economic Affairs and Export Control, has added each of Tesla’s Model 3 and Model Y configurations to the list of qualifying vehicles.

According to Electrek, Tesla said the recent price adjustments, when combined with the qualification for the maximum subsidy amount, make the vehicles more available for consumers and are “in line with our mission to accelerate the global shift toward sustainable mobility.”

We reported last week that Tesla’s price cuts in the United States had helped the company reach a significantly larger addressable market, especially with the Model Y, which had a quadrupling in potential customers that could afford the vehicle in the U.S.

The price cuts also considerably pushed Model 3 and Model Y delivery times. Demand for the vehicles is sure to continue growing now that all vehicles qualify for government incentives, which pulls prices back even more.