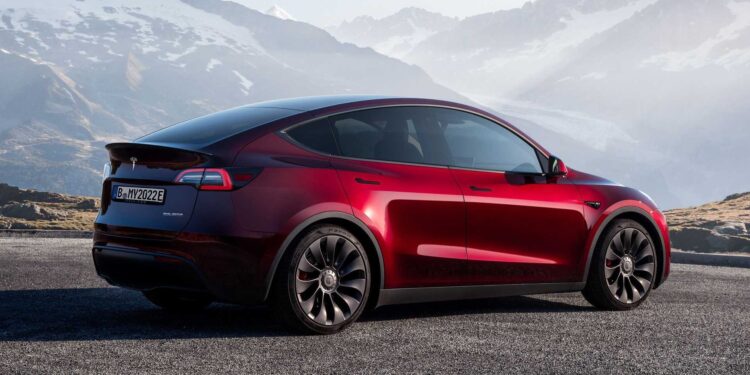 
It was another month of bittersweet feelings for Italy’s car sales in November. With the rest of Europe leading the charge in the switch to electric mobility, the continent’s fourth-largest auto market saw contrasting signs for EV adoption. Tesla’s decisive lead in BEV sales helped lift fully electric car market share and limit Year-On-Year losses.

Editor’s Note: This article was originally published on opportunity:energy.

The latest official statistics for Italy’s car market are out and tell a story in line with that of recent months. Overall car sales are on the up, EV sales … not so much. Over 121,000 cars were registered in November, up almost 14% Year-on-Year (YoY) from the less than 107,000 units in November 2021.

Battery Electric Vehicles (BEVs) scored 5,162 registrations in November. After the disappointing results of October, this was another month of subdued sales levels, with a YoY decline of almost 26% from the nearly 7,000 units of November 2021. It was at the same time the second-highest monthly result of 2022 so far, following the peak of June when pent-up demand was finally released as new incentives were launched.

Fully electrics thus reached a 4.2% market share, far from the highs of last year (6.5% in October 2021) but also amongst the best figures of 2022. It was not, however, an organic result, as it’s thanks to Tesla that BEVs avoided another monthly debacle, something we will see in the chart below. 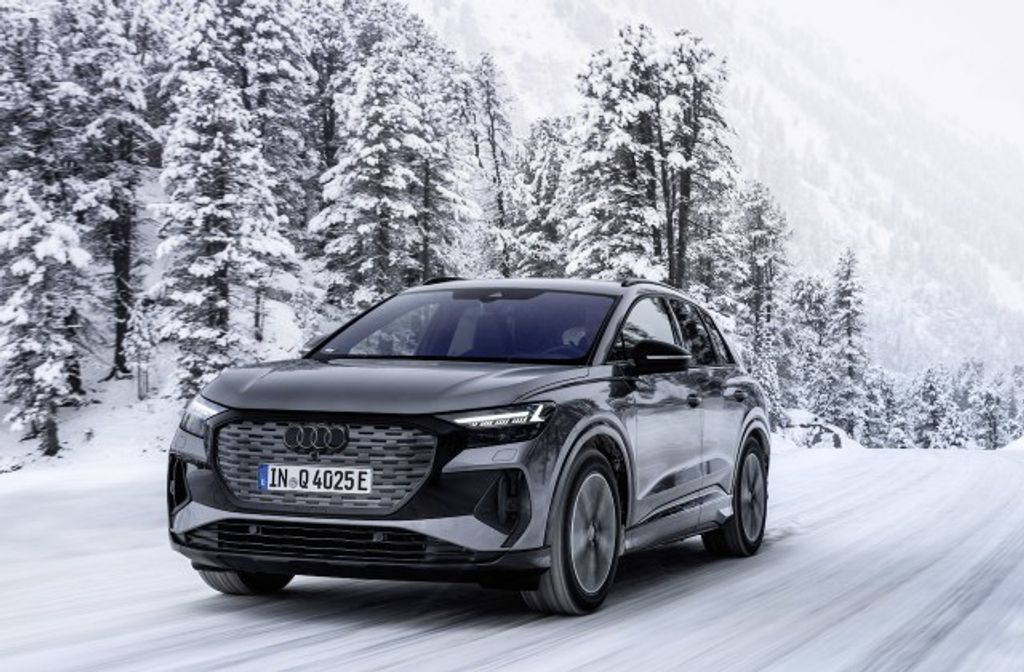 The stark difference from BEVs’ negative result confirms the year-long trend that is seeing this bridge technology keeping the lead over its uncompromised alternative. The good performance of PHEVs allowed overall plug-in registrations to reach 9.8% market share, the second-best result this year, although nowhere near the 11.8% result achieved a year before.

In this month of mixed signals, the monthly Top 10 BEV chart shows one clear winner in a sea of underwhelming results. 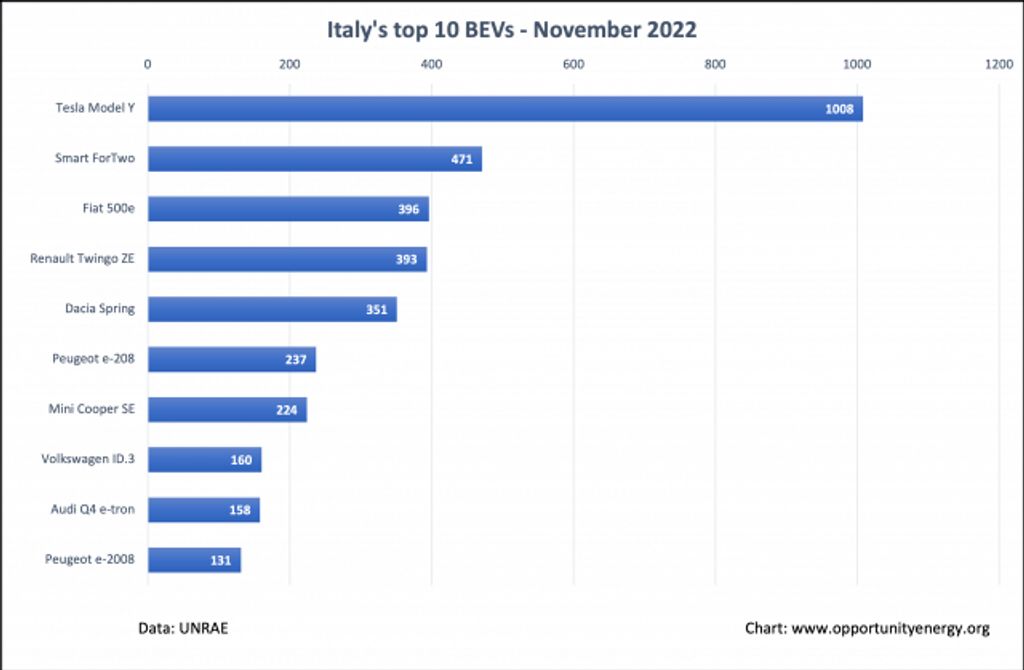 With outstanding performance, Tesla Model Y eclipsed all competition by erupting to number one with 1,008 units (the Y’s best monthly result to date), in what looks like a repeat of its recent September exploit – except that this was no quarter end.

Clearly the ramping up of Berlin’s Giga Factory production, along with a comparatively attractive price tag (the base version costs over €7,000 less than the base Model 3) are supporting Tesla’s increasingly difficult mission in the Italian market, which bodes the question as to how many more could be sold, if only they qualified for incentives like most other BEVs.

At a very wide distance, tiny Smart ForTwo followed in second place with 471 units, less than half the numbers of Model Y. Fiat 500e closed the podium with a lackluster 396 registrations, very far from its previous peaks and in line with recent months’ dull performances. More compact models followed, including the once-promising Dacia Spring – fifth position with 351 registrations – which keeps missing out on a high, untapped potential due to production constraints and the brand’s apparent focus on other European markets.

C-segment German siblings VW ID.3 and Audi Q4 e-tron also made a symbolic appearance in the lower ranks of the chart, the only models beyond Tesla Model Y to break the A- and B-segments’ usual dominance of the Italian market. The most notable absence from the chart was that of the Tesla Model 3, a once powerful contender to monthly podiums, but currently dragged by 20% YoY price hikes that have suppressed demand.

This lull might only get resolved once Tesla’s factories (including Berlin?) will start producing the much touted revamped Model 3, with fewer components (and updated battery pack?) paired with a more attractive price point to bring back its lost mojo.

As new, higher segment BEV models still struggle to break through the tough barriers of Italy’s car market (with the notable exception of Tesla Model Y), Italy’s staple mini BEVs can’t manage to make a positive difference and instead contribute to a weakened sales scenario that has now consolidated over the months.

The Italian market’s extreme sensitivity to price means only well-executed and appropriately priced models will meet success and create sustainable, long-term demand. The seeming paradox is that an upmarket D-segment SUV is showing the way. Will lower-price automakers take note?

RYSE Aero Technologies Makes History as the First eVTOL Company to Take Flight at CES with their Ultralight Vehicle, the RYSE RECON 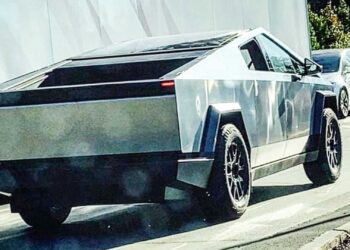