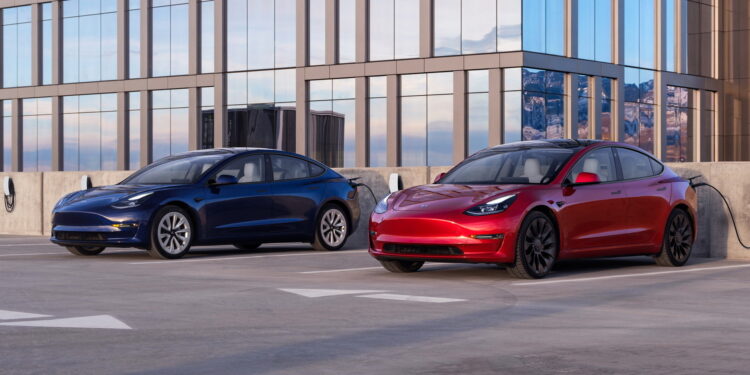 Electric vehicles had their best year ever in 2022, with sales totaling 7.8 million units. That meant that fully electric vehicles made up around 10 percent of global volume for the year, a first in the history of the automotive industry.

That meant that roughly one in five cars sold in China last year was fully electric. In Europe, by comparison, fully electric vehicles accounted for about 1 in 10 new car sales. That figure rose to one in five if plug-in hybrids are added to the total, though.

In Germany, EVs made up 25 percent of all new vehicle production. In December, the country’s customers bought more EVs than internal combustion vehicles, as they sought to cash in on government incentives that have been cut in 2023.

Even in the U.S., which lags behind Europe and China in terms of EV adoption, sales of the new propulsion vehicles are rising. Just 5.8 percent of all vehicles sold in the country are electric, but that’s up from 3.2 percent in 2021.

Tesla, meanwhile, maintained its position as the largest EV manufacturer on earth, with China’s BYD and SAIC Motor Corp. following. As these brands, in addition to the likes of VW, Ford, and GM produce more and more electric vehicles, however, Tesla’s lead will be harder to maintain in coming years.

Similarly, analysts warn that the global momentum of growing sales will be hard to maintain for the EV market. As the economy weakens, buyers will be more reluctant to buy new vehicles, and demand will soften. In combination with rising energy prices in Europe, 2023 may not be as positive a year for EVs as 2022 was.

Michigan predicted to “dominate” EV battery manufacturing after $2B investment