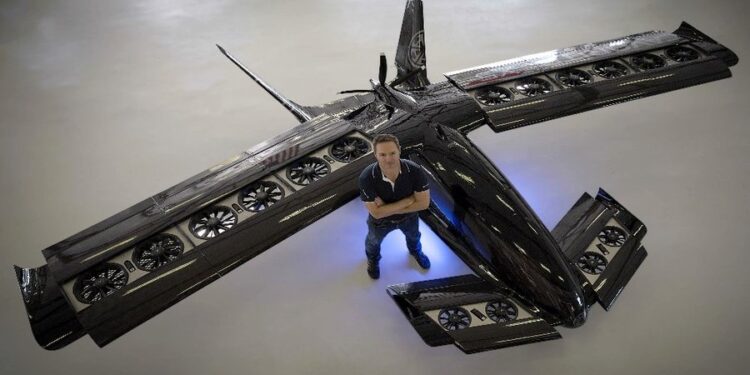 
Horizon Aircraft said it completed initial hover testing of a half-scale prototype of its planned hybrid eVTOL aircraft called the Cavorite X5. The company said it expects to begin testing the aircraft in transitions from hover to cruise flight during the first quarter of this year.

Among the many eVTOL designs that startup companies are developing, the Horizon prototype is notable for its hybrid power system that includes electric motors and an internal combustion engine. The company said the redundant power plants increase safety and allow the aircraft to continue operating in the case of certain failures.

“This aircraft has exceeded expectations during initial hover testing. It is extremely stable, is capable of full hover at only 65 percent power, and has hovered with 20 percent of its fans purposely disabled in order to test system redundancy,” said Brandon Robinson, CEO of Horizon Aircraft. “This is a large-scale aircraft, with a 22-foot wingspan, over 15 feet in length, and capable of speeds over 175 mph. It continues to yield valuable data that is constantly improving our full-scale design.”

The company said its full-scale aircraft’s hybrid system will be able to recharge the batteries in flight. The company said it plans to conduct its transition tests at the ACE Climatic Wind Tunnel, part of Ontario Tech University in Ontario, Canada.

The Future Of Tesla Is In Musk’s Hands