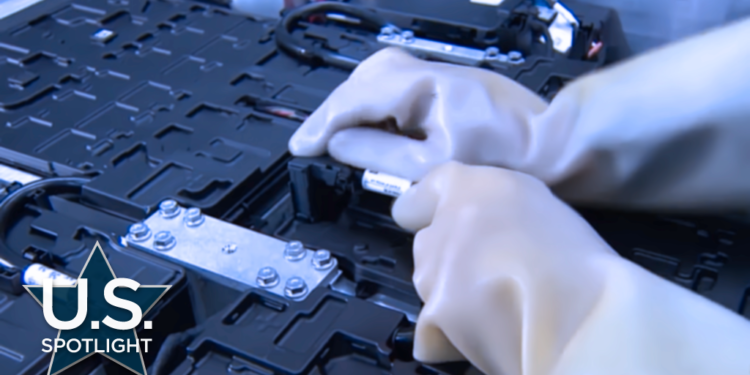 The new facility is considered another big win for the Peach State which is positioning itself as a go-to venue for EV and battery manufacturing and suppliers.

Since 2020, Georgia has attracted numerous EV-related projects with a total value of the investments amounting to approximately $17 billion. The number of new jobs created by the projects is expected to exceed 22,000.

The price tag for the latest plant is $4 to $5 billion. The facility is expected to create more than 3,500 jobs.

The plant will be built at Bartow Centre, a zoned manufacturing and industrial area located along Highway 411, just west of Cartersville. The plan is to get the massive facility built and up and running by 2025. The plant will be one of the largest economic development projects in state history.

HMG and SK On recently signed a memorandum of understanding regarding the partnership for the new battery facility. The two companies are still working out specific details.

SK On is the lithium-ion battery subsidiary branch of SK Innovation and currently employs more than 2,000 Georgians at its SK Battery America facility in Commerce.

“HMG and SK have been pioneering partners for Georgia for decades as one of the major drivers for Georgia’s automotive renaissance and as the first Korean manufacturer to locate in the state, respectively,” says Pat Wilson, commissioner of the Georgia Department of Economic Development (GDEcD).

“By supporting co-operation and partnerships across our growing EV ecosystem, we’re creating a fully integrated supply chain for automotive OEMs while also connecting battery manufacturers with recyclers to close the loop on battery manufacturing. We’re excited for the jobs of the future this will create for Bartow County and northwest Georgia, and we’re grateful for the support of our community and utility partners.”

“Bartow County is very pleased with the decision of Hyundai Motor Group and SK On,” notes Bartow County commissioner Steve Taylor. “We thank the owners of the former Bartow Centre industrial property.

“With Bartow’s strong history and talent-base built upon advanced manufacturing, the automotive industry, and innovation, the battery partnership should thrive in this environment. We look forward to welcoming HMG and SK in meaningful ways in the community and enjoying a long-term partnership together.”

Atlanta Gov. Brian Kemp said in a statement Hyundai and SK On are valued partners and key players in the state’s ever-growing automotive industry.

“Since day one, my administration has been focused on bringing jobs and opportunity to communities across the state that may have been overlooked in the past,” he stated. “SK and HMG share this goal, and we’re proud they are choosing to invest even further in this number one state for business.”

In the past two years, there have been several announcements regarding EV-related projects in the state.

In November, Hyundai Mobis announced plans to invest $926 million in an EV power electric system plant in Bryan County that will eventually employ at least 1,500 people, while auto parts manufacturer Joon Georgia announced it will create 630 new jobs and invest $317 million in a new manufacturing facility at the Bruce Yawn Commerce Park near Statesboro in Bulloch County to supply Hyundai.

FREYR Battery, a developer of clean, next-generation battery cell production capacity, also announced it will invest $2.57 billion in a manufacturing facility in Coweta County that will create 723 new jobs.

In October, HMG broke ground on a $5.54 billion EV plant in Bryan County near Savannah that will employ at least 8,100 workers, and earlier Rivian Automotive announced plans for a $5-billion electric truck plant east of Atlanta that’s expected to employ about 7,500 workers.